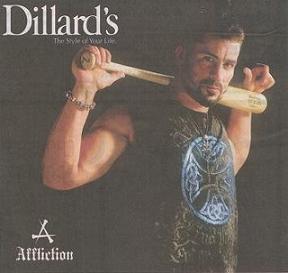 You might argue for Masahide Kobayashi in this slot, but I think you HAVE to have at least 6 guys in the bullpen. With this current roster, you don't HAVE to have a backup left fielder.

Think about it: Mark DeRosa can play left. Ryan Garko can play left in a pinch. They're letting Josh Barfield wander around out there. Jamey Carroll can play in the outfield. Well, at least in left. And Dellucci's arm in particular would be terribly miscast in right (although, obviously, the backup right fielder is actually the starting left fielder, as Ben Francisco slides over, meaning you stick the pure back in left.

Dellucci is hurt, which is why this slot is currently Crowe's, but this misses a rather obvious point: David Dellucci is also bad. He has a pronounced platoon split, meaning you can't slot him against a lefty, or the threat of a lefty, or in stadia with employees nicknamed "Lefty." He is otherwordly bad at that. His arm is weak, so his defense is below average. He can get on base against right-handed pitching, but not so much that he's an asset.

Look, I wanted this to work. I wanted the Philly Phungus Platoon of Michaels and Dellucci to take off an yield Corner Outfielder Production. But it didn't. And it won't.

Trevor Crowe has some speed, will take a walk ... he's a fine spare outfielder. I guess the thing you have to look at here is that the Tribe brass don't think they're stunting his development in this role, while the more-talented Michael Brantley gets to play every day in AAA. They see Brantley as a guy who can play every day. They see Crowe as a 5th outfielder who can develop into a 4th outfielder.

In pure performance terms, I'd rather see Crowe here: he's faster, more athletic, and can hit from both sides of the plate. Dellucci is by all accounts a terrific "clubhouse guy," and while statheads like me
usually wave off such concerns, one need only look at the current Cleveland Cavaliers to see that sometimes this can have a value not obviously seen from a keyboard 1000 miles away.

But Dellucci isn't a good baseball player any more. And Crowe is ... a guy. The more of these guys we see, the worse it is, because it means that more than one of the starters is hurt/struggling/fungal.

Did I mention that the Rangers cut Frank Catalanotto today?