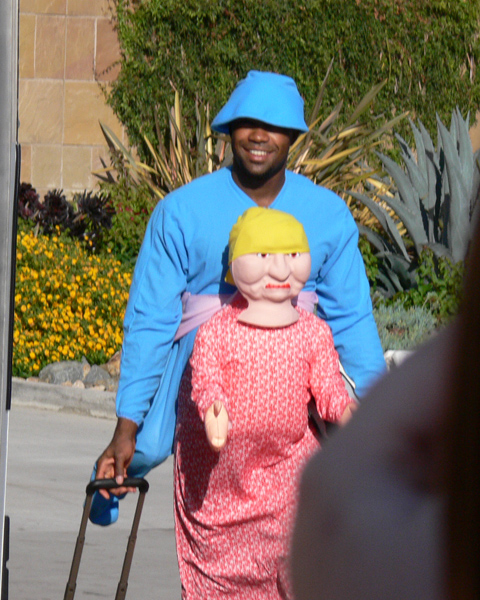 How far has former uber-prospect Andy Marte fallen? He was out of options this year, causing much teeth-gnashing and a run on hair shirts at the Indians Yoot Factory, but after being designated for assignment, no one picked him up on waivers, and he accepted his assignment to Columbus, where he will ply his trade for no discernible reason.

Now, don't get me wrong: Barfield is a lot more useful at the end of the bench than Marte. He can play second and third and ostensibly outfield (he's fast and has some arm, how bad can he be? They have
Ryan Garko in the outfield, fer crine out loud.). He is significantly faster and would be a better late-inning baserunning replacement. He also tries very hard, shows a good work ethic, and has a sunny disposition, none of which apply to Marte.

But the fact is, Josh Barfield is a baseball player who is not very good at playing baseball.

My colleague Paul Cousineau wrote an excellent round-up about spring training, and included some insight
into Barfield. I'll let you read that, but the short version is that Barfield is willing to take instruction, is an avid listener, and completely uninstinctual as a baseball player.

Look, the guy is athletic and not without skill. And as with Jackson, his role is one in which a Truly Good Player would be wasted. Here's the thing, though: Barfield can make some spectacular plays at 2B because of athleticism, but he's really a pretty bad defender. I know defensive metrics all have shortcomings, but when ALL the metrics AGREE, then you probably have to take it seriously ... and they do. Barfield is a bad defender.

Still, here's a guy who can play 2B and 3B (short would be bad) as well as fill a couple innings in the OF in case of pinch-running or injury, and a guy who can steal a base or score from second on a single. I have my doubts that he'll ever hit, but he's not Mike Rouse.