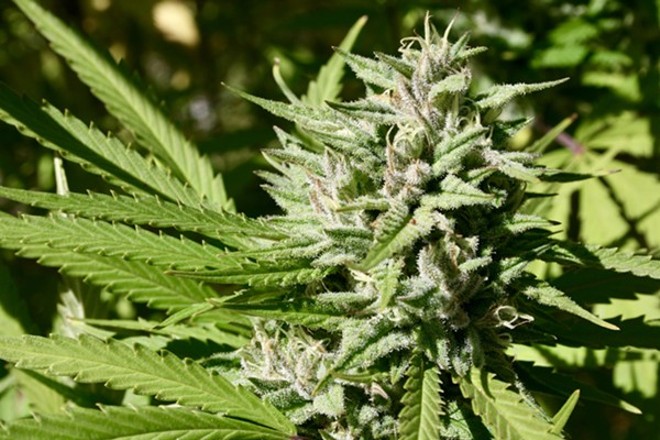 Scene Archives
Yesterday, Ohio Attorney General Mike DeWine rejected a proposed petition to legalize recreational marijuana for all those 21 and over. The written petition, titled the "Marijuana Rights and Regulations Amendment," was proposed in an attempt to amend the Ohio Constitution.

According to a press release from the Attorney General's office, DeWine publicly gave the following reasons for the petition's rejection:

- The summary language giving the General Assembly authority to regulate "marijuana commerce" does not accurately reflect the actual amendment language.

- The summary omits references in the amendment that "Marijuana businesses shall be lawful only in those voting precincts in which the majority of the voters approved this section."

- The summary omits references in the amendment that “The General Assembly shall within 240 days after the effective date enact and enable laws, rules, and regulations consistent with this section.” In his letter regarding the petition, he continued saying “I must caution that this letter is not intended to represent an exhaustive list of all defects in the submitted summary.”

House Bill 523 goes into effect Sept. 8, legalizing medical marijuana in Ohio. In order to obtain purchasing and usage abilities, The Ohio Medical Marijuana Control Program will allow people upon the recommendation of an Ohio-licensed physician certified by the State Medical Board.

This isn't to say that the option for recreational marijuana is no longer a possibility. In order for a petition to continue through the legislative process, a petition must contain 1,000 signatures from registered Ohio voters. Once the amendment is approved, it must receive signatures from 10 percent of the total votes cast for the office of the governor. All petitions for constitutional amendments have a 10 calendar day review period before a decision is made.

Given that this petition was submitted on 4/9 for a 4/19 review, we can only imagine those that filed were hoping for a much better way to celebrate this year's 4/20.