Hot-Car Child Deaths: Yes, It Can Happen to You 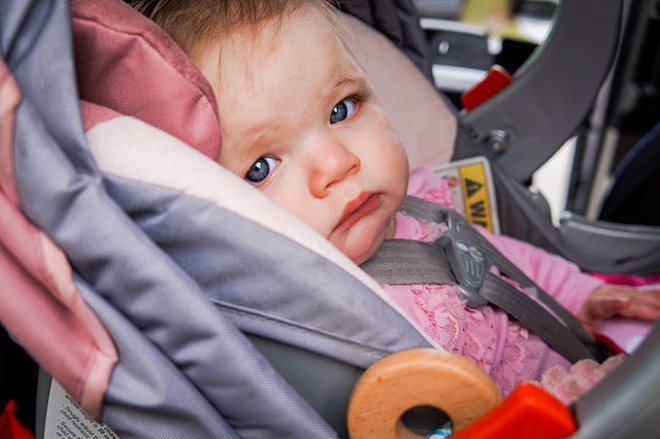 COLUMBUS, Ohio - Temperatures continue to be hot and humid in many parts of Ohio, and with that comes the concern for children being left in cars.

Already this year, 25 children across the country have died of heat stroke after being left in a hot car, including an Ohio infant who was left for more than two hours in a car at a Medina park.

Ari Finkelstein, a media relations representative with the organization Kars for Kids, says a new survey found only 16 percent of parents surveyed think they might forget and leave their child in a hot car.

"They think it happens to bad parents, to irresponsible, neglectful parents," she states. "They think a lot of these parents are doing it intentionally, and they just don't think that such a thing can happen to themselves."

Forgotten Baby Syndrome describes the ability for a parent to unintentionally leave a child confined in a car, and scientists say it's possible because our brains go on autopilot with routine activities such as driving to and from work.

Numerous smartphone apps are available that create an alert for parents to check their back seat before exiting their car.

Finkelstein says only 15 percent of parents take precautions, but adds that you don't have to invest in technology for an extra measure of protection.

"It's recommended to leave something like a teddy bear in the car seat when your child is not in the car, and whenever the child is there you put the teddy bear into the front seat," she states. "That will always serve as a reminder."

The Centers for Disease Control and Prevention says temperatures inside the car can rise almost 20 degrees Fahrenheit within the first 10 minutes, even with a window cracked open.

There have been 20 child hot-car deaths in Ohio since 1994, which ranks the state 15th nationally.