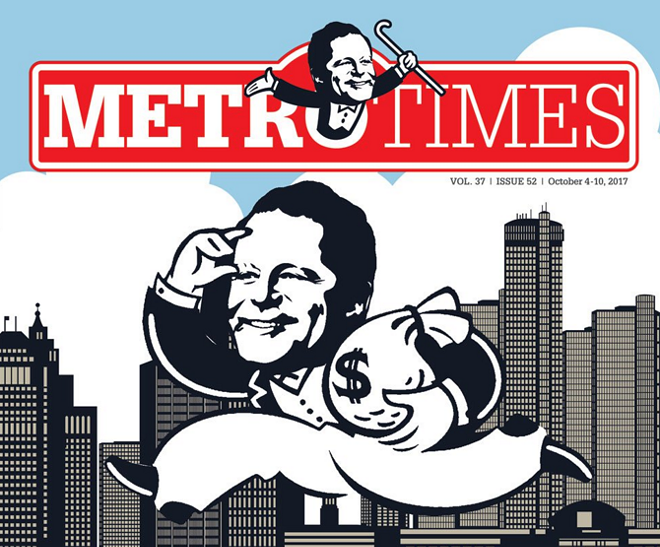 Dan Gilbert isn't just after taxpayer money in Cleveland. In fact, the dough the city of Cleveland and Cuyahoga County coughed over for the Q transformation deal pales in comparison to what Michigan is offering the billionaire for a variety of projects up north. This week, our sister paper in Detroit takes you behind the recently passed "Gilbert Bills."

The story of greater downtown Detroit's redevelopment is well-known. The New York Times calls us the "comeback city" and says our downtown "roars." The Detroit Free Press characterized Midtown's turnaround and spike in property values as "insane." Crain's Detroit Business recently highlighted the ongoing "development rush" in downtown in which investment figures "jump off the page." National developers are elbowing their way into the market as the Detroit News forecasts "big demand" for housing in the coming years.

Much of the roaring and rushing took place after the state of Michigan eliminated generous redevelopment tax incentives in 2011. And yet in 2016 and again in 2017, Michigan's wealthiest developer and resident, Dan Gilbert, told lawmakers that he can't make the numbers work for two upcoming projects without a huge new pot of public money. Seeing the potential of what was in the offing, other wealthy developers lined up behind him.

And with that, lawmakers and Gilbert's lobbyists went to work, creating an opaque set of laws colloquially called the "Gilbert Bills" because their chief inspiration and design are to provide taxpayer assistance for Gilbert's projects.