How Many Cigarettes Did Cuyahoga County Residents Smoke Last Year to Give $12 Million to Arts Organizations? 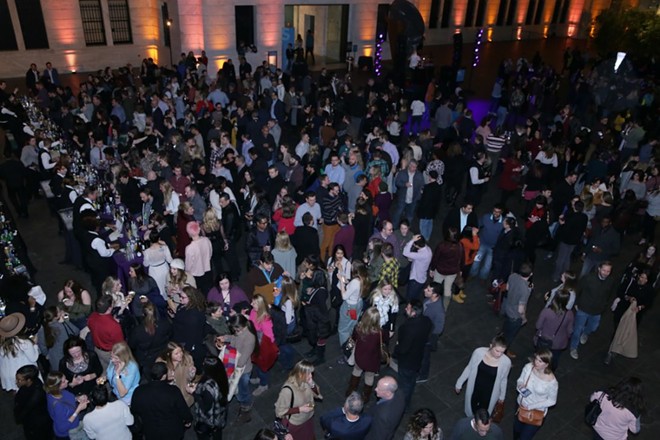 MIX at the Museum, photo by Emanuel Wallace

Around this time of year, the Cuyahoga Arts & Culture group announces its grant recipients. There is always tons of sniping as to who gets what and how much, why them and not me, and the usual “Cleveland is so wonderful because it gives artists money” decree that we often adhere to as the gospel truth.

All that is fine. The CAC announced about four weeks ago that it will invest $12,077,556 in 282 Cuyahoga County nonprofit organizations through its general operating support and project support grant programs in 2019. It's funded by a 30-cents-per-pack cigarette sin tax approve by voters in 2015. It runs through 2026.

Let’s not get into how the tax haul is declining as people smoke less and the county population goes down. And let’s not get into the age old argument of whether taxing a product that kills people is good or bad. We could do that until 2026 and beyond.

But what we were curious about is how many cigarettes have to be smoked to keep the artists creating their art, or at least subsidizing them. You know, how many people have to huff and puff and cough up tars and nicotine to make sure a mural gets put on the side of a building.

The 2019 grant total of $12 million means that about 805 million cigarettes were bought in the county. That’s close to 41 million packs. That would mean CAC would need about 110,000 pack-a-day smokers in Cuyahoga County to make that nut.

Lots to think about with that. The financial estimates are that smokers nationally are responsible for about $170 billion in health care annually for their smoking habit, meaning that the 110,000 people locally who smoke daily to pay for $12 million in art also cost about $880 million in health care.

It is not debated that those who smoke tend to be younger and poorer. This from the CDC: “Cigarette smoking was especially high among males, those aged 25-64 years, people who had less education … those who had serious psychological distress, those who were uninsured or insured through Medicaid, those living below the poverty level, those who had a disability, those who were lesbian, gay, or bisexual, and those who lived in the Midwest or South.” Ohio also among the top ten states and U.S. territories in smoking rates among its citizens, up there with West Virginia and Guam.

On the other hand, the CDC says higher prices for cigarettes reduces smoking. Count that as a point for CAC.

But when you look at how much the big boy corporate community gets from “those living below the poverty level” smokers, this whole notion of having smokers pay for rich playthings get real murky. The question becomes simple: why not raise your ticket price by $1 instead of tapping into 10,000 killing themselves for the same amount? Because far and away the largest chunks go to the largest organizations, and not those struggling to get folks in the door to community theater.

For example, the Cleveland Orchestra will get $1,118,231 from the CAC in 2019, and that means about 3.7 million packs will have to be smoked so that Mozart lovers can maestro-bate in Severance Hall. That’s about 10,000 pack-a-day smokers to keep the violinists strumming.

If this gives you tired-head, so be it. Argue amongst yourselves. But as the amount of money culled from smokers goes down over the years as vaping increases and more people generally quit, and the health care issues and public costs become clearer, maybe the Cleveland powers-that-be might want to think more carefully about having 6,300 people smoke a pack-a-day so that more people can look at Mick Jagger’s 1972 tour jumpsuit.

And just to complicate this further, the Cleveland Clinic Foundation and University Hospitals both received $5,000 in 2019 CAC grants. The Cleveland Clinic’s smokers’ money will be for “Utilizing the Arts to Improve Health, Resilience, and Well-Being,” while University Hospitals will be for “Arts for Wellness.” So that is two hospitals using 100 people smoking a pack-a-day so that the hospitals can “improve health, resilience and well-being.”

Isn’t there something wrong with that?