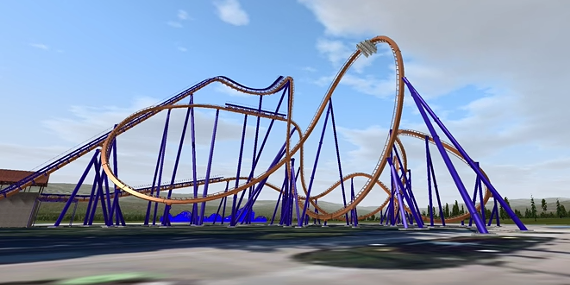 Uncaged in 2016, #Valravn will be the TALLEST, FASTEST & LONGEST dive coaster in the world! #CP2016 pic.twitter.com/PgJn49zNpH

We'll see you in line.

In case you missed it, Reddit exploded over the weekend after a mock-up of a supposed new Cedar Point roller coaster was leaked on the app Cedar Point VP.

The coaster, dubbed Valravn, is speculated to stand at over 200 feet tall.

Cedar Point officials haven't yet commented on the status of the leak or the coaster, though they have said that a new ride announcement will be made on Aug. 18.

Thanks to YouTuber Newfor2016, we may not have to wait that long to see the coaster in digitized action:


We will, however, have to wait to find out whether this thing is fact or fiction and, more importantly, where a coaster of this size would stand.