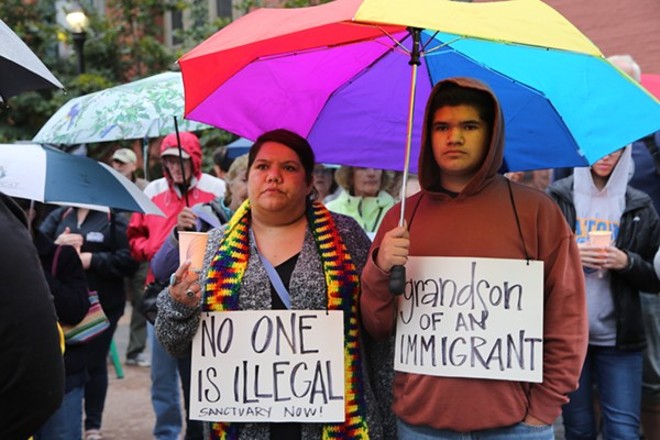 They were raided Tuesday morning as part of the Trump administration's crackdown on employers hiring undocumented workers.

U.S. Immigration and Customs Enforcement says it expects charges for crimes including identity theft and tax evasion. Corso's is currently under investigation, but no criminal charges have been filed against the company.

The investigation began last October after a woman who provided stolen documents to undocumented workers was arrested by Border Patrol. That led to Corso's where investigators found that 123 of the 313 employees had suspicious records.

The news is sure to please the anti-immigration crowd, but industries that rely on immigrant labor are likely not thrilled about the mass arrest.

Since Trump has taken office, it has become exponentially more difficult for immigrants to become legal and U.S. citizens. His administration tripled the number of pages in green card applications, forms for sponsoring a foreign-born spouse are nine times longer than previous applications, and he even encouraged the failed RAISE act which would have cut legal immigration in half.

The sting operation was part of the Trump administration's surge in deportation arrests.