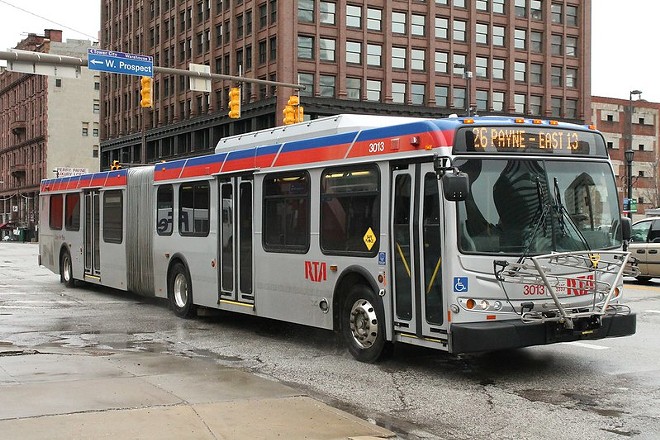 Photo by Raymond Wambsgans/FlickrCC
$65 million is coming to Cleveland

A second multi-million dollar influx of federal funding will be coming to public transit authorities throughout Ohio via an infrastructure bill passed earlier this year.

The biggest portion of the funding, more than $65 million, will be headed to Cleveland, according to a listing of federal transit apportionments for the state.

Dayton’s transit will receive $41 million, nearly $30 million is headed to Cincinnati and $28 million will go to Columbus’ transit operations, among the “large urban area funding.”

U.S. Sen. Sherrod Brown, D-Ohio, is the chair of the Senate Banking, Housing and Urban Affairs Committee, and said the investment will help with job creation and investment throughout the state.

“Transit is all about the dignity of work,” Brown said in a statement. “It creates jobs, it connects people to jobs, it draws in investment and it will help communities across Ohio grow and create opportunity.”

Ohio is set to receive more than $1 billion in transit formula funding over the next five years, according to Brown’s office. A total of $259 million has been released specifically for Ohio over the last year by the U.S. Department of Transportation.

The transit funding is part of the Infrastructure Investment and Jobs Act, and bill meant to address the health of the country’s roads and bridges, along with its public transit.

Bridge formula funding under the bill brought direct funding and competitive grants to the Ohio Department of Transportation, along with local city/county engineers for long-awaited maintenance.

Brown said in January that he wanted to see the money improve big bridges in the state, including the Brent Spence Bridge crossing the Ohio River to Kentucky. The National Association of Manufacturers said the bridge carries freight equivalent to 3% of the U.S.’s gross domestic product.