Sentencing is set for next month 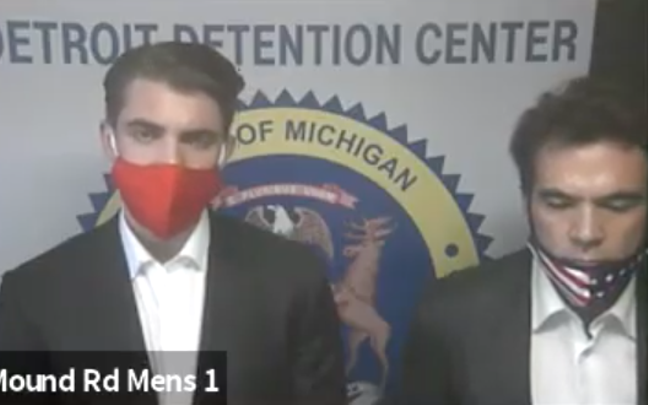 Right-wing fraudsters Jacob Wohl and Jack Burkman today each pleaded guilty to a single fifth-degree felony charge for misinformation robocalls made in Cleveland during the run-up to the 2020 election that were targeted to minority voters.

Prosecutors, as part of the deal, dropped additional counts of bribery and telecommunications fraud.

Sentencing is set for Nov. 29 and each faces a maximum of one year in prison in addition to a $2,500 fine.

The calls, similar versions of which were made in New York, Pennsylvania, Illinois and in Michigan, where the pair were also indicted, said: “If you vote by mail, your personal information will be part of a public database that will be used by police departments to track down old warrants and be used for credit card companies to collect outstanding debts. The CDC (Centers for Disease Control) is even pushing to… track people for mandatory vaccines.”

In all, the duo made more than 85,000 robocalls. Cuyahoga County prosecutors said at least 10% of those were targeted to Cleveland and East Cleveland.

The FCC announced in 2021 it was seeking a $5.1 million fine for Wohl and Burkman.