James Caan's Assistant is From Cleveland, and They Both Like the Browns' Chances 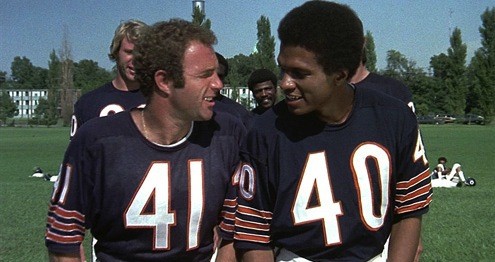 James Caan and Billy Dee Williams in Brian's Song (1971).
Hollywood star James Caan made local waves late last week when he announced on social media that his assistant was from Cleveland and had been treating the Browns' Thursday night win over the Bengals like a Super Bowl victory.


My assistant who is from Cleveland (which is embarrassing enough in itself) is walking around like the Browns won the Super Bowl after last nights win. Is this normal? End of tweet

This is normal, Mr. Caan, yes.

Caan, The Godfather's Sonny Corleone, then hopped on 92.3 The Fan alongside his assistant, Mike Kijanski, to discuss the Browns, their professional relationship, and other assorted topics served up by Bull & Fox.

Caan stressed that Cleveland was not a joke city so much as a joke word. He said comics always told him that words with K sounds are inherently funnier. He also thought the Browns would make the playoffs. Kijanski, a Cleveland native and hip-hop artist, just plans to keep hanging a jersey in his L.A. living room for good luck.

Kudos to the show's producers for a fun segment. It's a cute little Monday diversion if you weren't listening live. Listen to the full interview here.