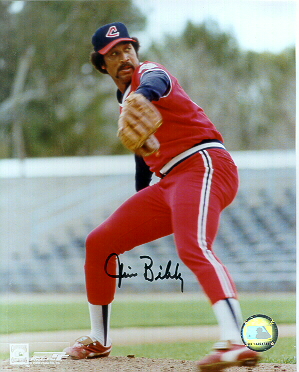 Carl Pavano is the Indians' third man in the rotation. He was born in 1976. The third man in the rotation for the Tribe that year was Jim Bibby. In his first start that year, Bibby went 3.2 innings and gave up 4 runs. He ended the year 13-7 with a 108 ERA+ and a 1.335 WHIP. That kind of stinks, but if you told me Carl Pavano would put up those numbers and throw 163.1 innings, I might just take it.