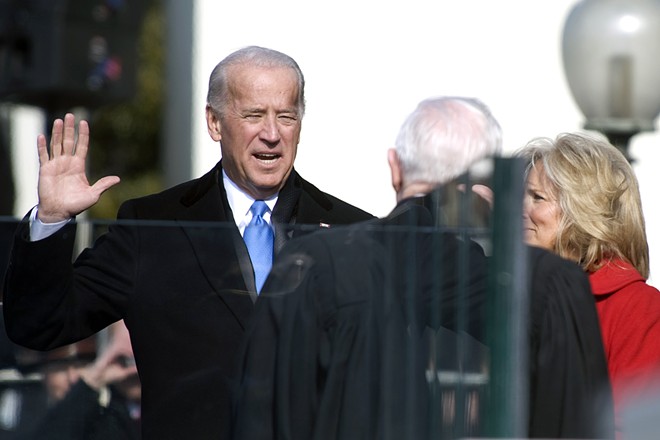 Photo via Wikimedia Commons
If political polls are to be believed, Vice President Joe Biden could be the only Democrat capable of beating President Trump in Ohio in the 2020 presidential election. At least that's what one new poll put on by Quinnipiac University discovered.

According to the survey of registered Ohio voters, Biden beats Trump by 8 percentage points, with 50 percent to 42 percent.

But other Democrats didn't have bad showings in the poll, essentially landing neck and neck with the incumbent.

Some, however, didn't fare well at all. Of the 24 Democratic presidential candidates, at least half are polling at less than 1 percent.

While Trump soundly took the Buckeye State in 2016, the poll shows that Biden is currently the top cookie in Ohio, thanks to black voters, women voters and independent voters.

“Former Vice President Joseph Biden calls himself a blue-collar guy," Peter Brown, assistant director of the Quinnipiac University Poll, said in a statement. "With Ohio certainly a blue-collar state, it is no surprise he is the Democrat who runs best against President Donald Trump and is solidly ahead in the Democratic primary in the Buckeye State.”

The survey took place between July 17-22, with about 1,430 Ohioians participating.

This is also just a friendly reminder that the presidential election isn't until November ... of next year. So, literally anything could happen in the meantime.