J.R. Smith to Enroll in College at 35, Plans to Play on Golf Team 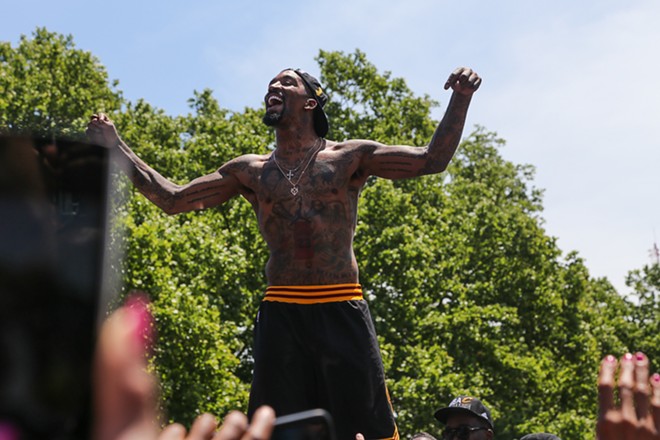 ESPN and other outlets have reported that 35-year-old J.R. Smith, the jovial sharpshooter who was instrumental in the Cleveland Cavaliers' 2016 Championship run, has enrolled at the HBCU North Carolina A&T State University and plans to play on the college golf team if the NCAA gives him the green light.

Smith never attended college, having been drafted by the NBA's New Orleans Hornets in 2004 directly out of high school. And if conventional NCAA rules apply, he would have five years to complete four years of eligibility in athletic competition.

Though NCAA forbids former pro athletes from competing collegiately in the sport that they played professionally, there doesn't appear to be any rules that would disallow Smith from playing golf. (Now, he reportedly just needs to sort out his academic eligibility. He said that former NBA player Ray Allen convinced him to give it a go.)

Smith, a career 37% three-point shooter who's fifth all-time on the Cavs' three-point field goals leaderboard, reportedly plays golf with a 5 handicap. He plans to major in Liberal Studies.