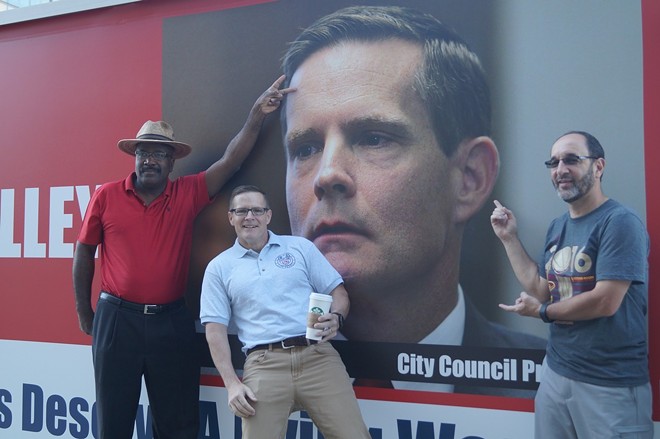 Kevin Kelley looks to finally have a recent reason to celebrate on election night as his race against Wanda Jones to fill an unexpired seat on the Cuyahoga County Common Pleas Court started tight but became less so as the night went on.

The former Cleveland city councilmen of 16 years,  eight of which were spent as council president, sought the seat as a return to public service after running for mayor in 2021 and losing in landslide fashion to Justin Bibb.

It was just two months after that election loss and the week that Bibb took the reins at City Hall that Kelley, who remained "of counsel" at the law firm of Porter-Wright throughout his terms as councilman, announced his intention to run for judge.

The Republican earned the endorsement of various bar associations and the editorial board of Cleveland.com/The Plain Dealer, which encouraged voters to punch the ballot based on "her independence and problem-solving instincts, combined with a well-honed knowledge of the law and a staunch commitment to criminal justice reform."