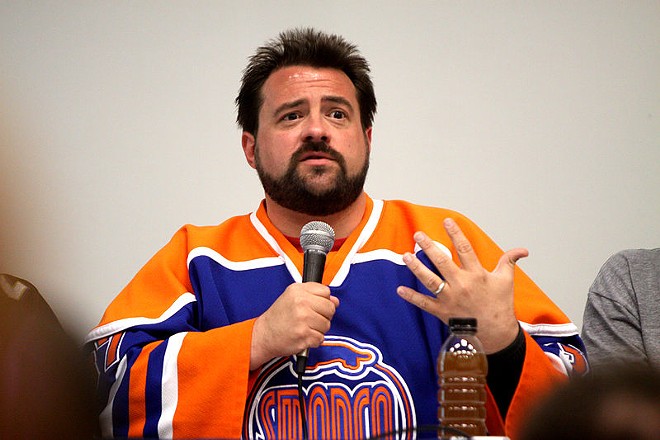 Photo from Wikimedia
Director/actor Kevin Smith and actor/radio host Ralph Garman come to The House of Blues Monday, April 9, for their Hollywood Babble-On event, which takes a comedic look at showbiz news while biting down on the hand that feeds them.

Smith, director of movies such as Clerks, Mallrats and Dogma recently suffered a massive heart attack during a comedy show in late February. After a couple days in the hospital, Silent Bob took to Twitter to tell the world he was feeling great.

Home again, home again, jiggety-jig! Home is where the heart is and the heart is feeling good! It’s actually getting more blood flow and oxygen than it has in a long time. So I am ALERT, to say the least! Thank you for all the kind words, folks - from Vegetarian Kev, Day 2! pic.twitter.com/zLbwzx7Exq


Garman is best known as the host of The Joe Schmo Show and his voice work on Family Guy. He also appeared in Smith's movies such as, Tusk and Yoga Hosers.

The event is for all ages and tickets are from $30 to $45. Doors open at 7 p.m. and the show starts at 8 p.m. For more ticket information click here.

Sign up for Scene's weekly newsletters to get the latest on the news, things to do and places to eat delivered right to your inbox