"Kids are kids. You look at kids, they take their shoes off and run around all the time." — Romeo Crennel Gets a Coors Light Ad 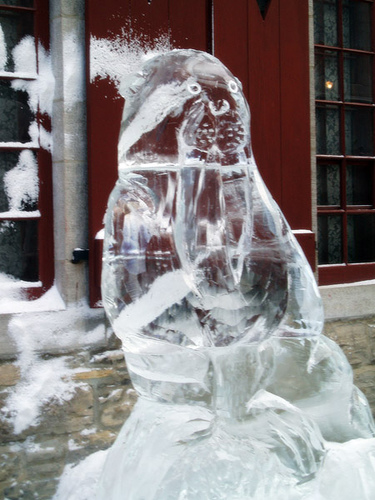 Now, I don't know if Coors Light is going to use any quotes from my favorite Romeo Crennel press conference of all time — the one where he had to explain why Braylon was running around without shoes on — but it's not like that is the only gem in the Romeo press conference quotes arsenal available to the ad guys. "We lost because they outplayed us" comes to mind also.

But, yes, Romeo Crennel will be among the next wave of former NFL coaches to get the Coors Light press conference ad treatment. According to Sports Business Journal (subscription):

Meanwhile, Coors is in the fourth year of its coaches campaign, which is now using Herm Edwards, Romeo Crennel, Brian Billick and Marv Levy. A partnership with the Pro Football Hall of Fame will yield a faux induction into the “Press Conference Hall of Fame” next week, complete with ice sculptures of the Coors coaches. Fans will also be able to fashion their own coaches spots, a tribute to the hundreds of thousands of fans who did their own takeoffs on the ads and posted them on YouTube in the last year.

Yes! Ice sculpture of the coaches. (Now you know why I went with the picture that I did.)

As of right now, Herm Edwards is at the Pro Football Hall of Fame filming a spot (via the HOF's Twitter), and we've got an email out to the HOF inquiring about details concerning the one and only Romeo. Updates as merited (which means ASAP, as this is the most important thing ever.)