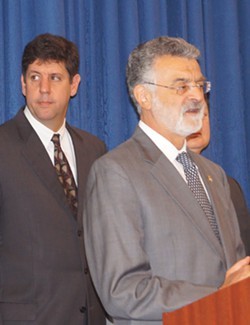 PARC has been nationally recognized for their "cutting-edge" work (according to its application), and its President serves as the Independent Monitor in Seattle, a city, like Cleveland, in the midst long-term of police reform.

The City of Cleveland will pay PARC $4.9 million over the course of five years, significantly less than the most expensive proposal, which was reported last week at $13 million. The PARC-led team could stay on longer than five years, though, if the city fails to comply with elements in the Consent Decree.

You can learn more about PARC on its website and read the full 115-page Cleveland application on Cleveland.com.