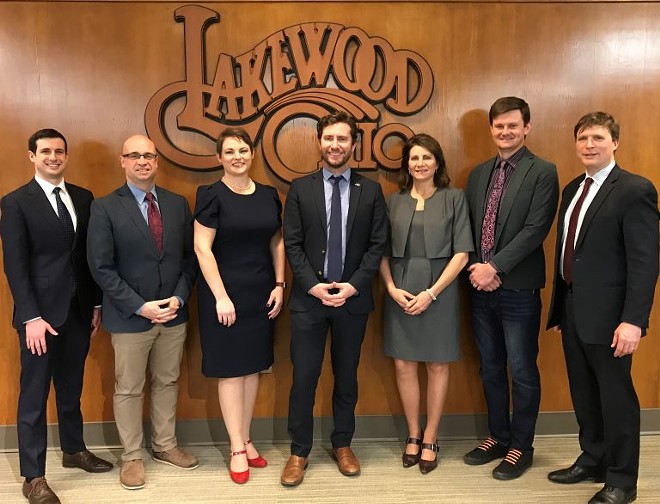 Currently, Ohio is one of only five states in the country where a landlord may file for eviction immediately upon nonpayment of rent. Lakewood's "Pay to Stay" legislation gives tenants a legally required grace period.

Lakewood is one of several Cleveland suburbs now considering the no-brainer legislation, thanks in large part to the advocacy of groups like the Northeast Ohio Coalition for the Homeless, (NEOCH). The goal of the advocacy groups, ultimately, is to get the City of Cleveland on board and then pass Pay to Stay Countywide.

In Lakewood, the legislation made too much sense not to pursue, said Council President Dan O'Malley.

"It's common sense that if a tenant pays their rent in full, they should be able to stay in their home," he told Scene last month, after he'd introduced the ordinance. "Maintaining stability in housing should be a higher priority for governments as we continue the economic and health impacts of COVID-19. The goal of this legislation is to provide that stability without impacting the economic well-being of landlords."

O'Malley noted that other cities in Ohio had recently passed Pay to Stay ordinances as well. Both Toledo and Yellow Springs passed versions of the tenant protection in 2020.

As initially proposed, the legislation would have sunset at the end of the pandemic state of emergency, but at this week's hearing, where residents spoke in favor of making the ordinance permanent, councilmen Tristan Rader and John Litten pushed for it to be extended until the end of 2022, with a mandatory review before the legislation's sunset.

"I am pleased we were able to pass this important law that will allow renters to stay in their homes," Tristan Rader told Scene. "If someone is able to catch up on back due rent, they have the right to keep their housing. I hope we can make this law permanent in the near future, and I'm very happy we could protect renters today."

Molly Martin, NEOCH's Director of Strategic Initiatives, told Scene that among other things, Pay to Stay legislation like Lakewood's would add substance to symbolic declarations of racism as a public health crisis in the region by protecting black renters.

"Over 85% of the people in our shelter system are BIPOC and the majority of evicted households include single black women with children," she said. "The spotlight is on Cleveland right now. We are the poorest big city in the country. There's a mayoral and city council elections happening this year, Marcia Fudge was nominated for HUD Secretary, and the 11th congressional district seat is up for grabs. While Pay to Stay is just one example, focusing on stable housing rights is a real way to show people in our community that they have a reason to show up to the polls."