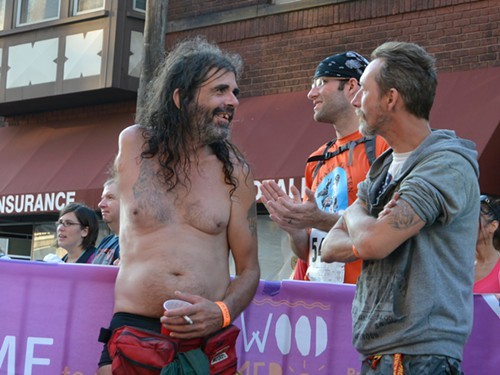 Ubiquitous throughout Lakewood, riding his bicycle and casting a craggy smile toward everyone, Toomey was one of the city's omnipresent residents. He had a deep voice, and an accompanying laugh that could shake a barroom wall.

According to Fire Chief Scott Gilman, the house had a smoke detector but the battery was disconnected. “People need working smoke detectors and a plan to get out,” he told Lakewood Patch. An investigation into the fire is currently under way. Likewise, an autopsy is scheduled for today.

But it will surely be Toomey's positive spin on the world and his enduring charm that resonate well beyond his death.

My most recent interaction with the man came during a night of pool with my girlfriend at Iggy's on Madison Avenue. Toomey, who had only one arm, was a phenom at the billiards table. He brought a custom bridge along with him and knocked down the balls with a precision unlike anyone else.

When a passing player would stop and exclaim what a nice shot that was, he'd roll out his characteristic guffaw and go on his way, rounding the table and lining up the cue ball once again.