Send a News Tip
Every teenager butts heads with their parents at some point.. It's practically in the definition of "teenager." On Wednesday, a 16-year-old Liberty Township boy took teen angst to a whole new level when he tried to burn his parents to death inside their home.


According to Cincinnati's WCPO and Butler County Sheriff Richard K. Jones, "this was a cold, calculated plot." Police discovered drawings and journals that described the teen's plan to murder his parents, which he acted out at around 11:30 p.m. The suspect tied his parent's bedroom door shut, lit a fire outside of it, and then fled the scene in his father's car. 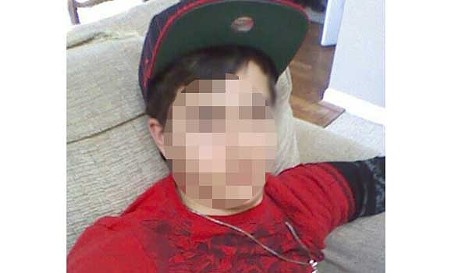 The Simons thought that their son was still inside the house when help arrived, prompting a search by fire crews. The teen confessed when he was found, and failed to display any sign of remorse.

According to 19 Action News, the teen posted a status on Facebook around 7:15 p.m. the same day that read, "I'm so pissed at everything I'm boutta be wreckless." The 16-year-old is an honor student at Lakota West High School and didn't have a criminal record.

The teen has been charged with attempted murder and aggravated arson. Sheriff Jones announced at a news conference that he will be suggesting that the teen is tried as an adult.

Cecily Rus joined Scene as a blogging intern in September 2013. She is a recent graduate of Colgate University, where she majored in English/Creative Writing. She has previously interned at Scene Magazine in Boston. Her interests include traveling, cheeseburgers and Game of Thrones. Cecily is a Lakewood native...
More
Scroll to read more Cleveland News articles
Join the Cleveland Scene Press Club