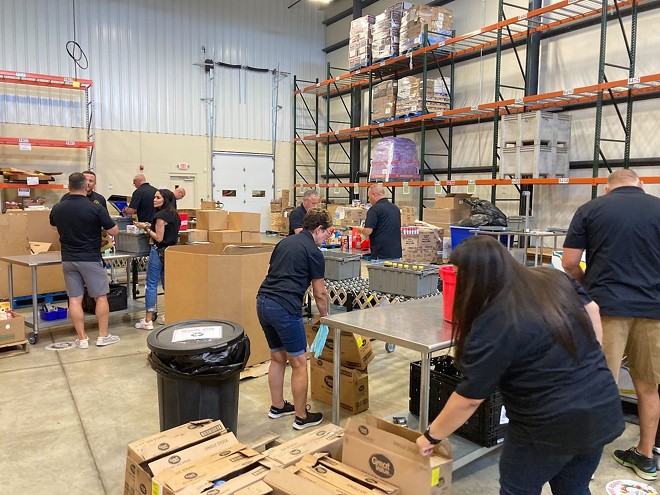 (OAFB)
The Ohio Association of Foodbanks says some hunger-assistance programs are rationing food for those in need because of low inventory.

At the Southeast Ohio Foodbank in Logan, Director Rose Frech said with inventory at about 15% of capacity, they're struggling with severe food shortages. That's forced them to make difficult decisions, she said, such as canceling direct mobile food distributions.

"The real heartbreak is people came to rely on us for food for their families," said Frech. "To no longer be available to those folks in need - it's just frankly devastating."

CEO of the West Ohio Food Bank Tommie Harner said at the same time, there's been a spike in the number of people in need of food assistance.

"Many of them are struggling with rising inflation, the cost of fuel, the increased cost of food," said Harner. "And you go to the grocery store and many of the items are not available."

Ohio has nearly $2 billion in American Rescue Plan Act funds remaining. The Ohio Association of Foodbanks asked for $183 million, including $50 million for emergency food purchases, but the Legislature recessed for summer without fulfilling the request.

Harner explained that a lack of product availability, price increases and higher transportation costs are putting the squeeze on federal commodities.

"Just in the last six months, we've had 48 loads of USDA foods that have canceled," said Harner. "And many times that USDA food is our protein items."

Local food donations are also down, but Frech noted that private donors can only do so much.

"There are a lot of really generous people who care deeply about the community," said Frech. "But there's just not the same kind of wealth that you would see in other areas. So we're never going to be able to fundraise our way out of a situation like this."