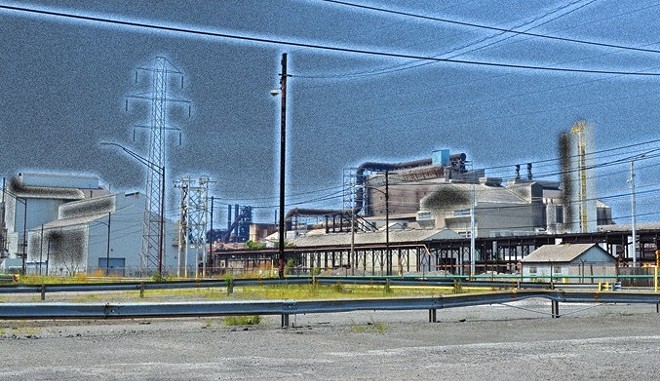 Eric Sandy / Scene
Two-term Lorain, Ohio Mayor Chase Ritenauer announced Thursday that he'd be vacating his seat at the end of the month to take an executive position with Republic Services in Chicago. The Lorain Morning Journal reports that Ritenauer made the announcement to a roomful of Lorain city officials and their staffs after rumors had circulated that his house was on the market.

In a letter posted to Twitter, Ritenauer publicized his announcement, calling the decision "agonizing and perhaps the most difficult" of his career.

The 34-year-old will relocate with his wife and young daughter and become Republic Services' director of mergers and acquisitions for the Midwest region, a region which include Lorain (which has a garbage collecting contract with Republic).

In his address at Lorain City Hall, Ritenauer credited Lorain's Law Director for obtaining an opinion from the Ohio Ethics Commission to determine whether or not he could ethically take the Republic job. There being no issue, Ritenauer said he had to do what was best for him and his family.

"While I love Lorain and the work we are doing," he wrote, "more important to me now are nights, weekends and a position that has more definitive boundaries for my family and me."

Ritenauer is a native of Lorain, an alum of Lorain County Community College and Heidelberg University. He was first elected Mayor in 2011 and was re-elected in 2015.

Scene reporter Eric Sandy visited Lorain in 2016 and talked with Ritenauer about the city's recovery after 1,200 steel jobs were lost.

"It was a tough budget cycle, there's no doubt about it," Ritenauer told Scene, discussing 2015. "Every day was a challenge. Every day going into work was tough. There was none of the stuff, I guess, that gets people to run for office. None of the planning, none of the improvements, being an agent of change — the things that people usually take to gravitate toward politics or running for office. None of that. It was a hunker-down mentality."