Man With a Past

Vince Ruggieri helped defraud the feds. Now he's getting big money from you. 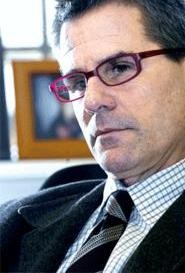 The plan began at sheriff's sales, where the company bought hundreds of foreclosed houses at rock-bottom prices. Work crews slapped on new paint, carpeting, and cabinets, and called the dwellings "renovated." Ads lured customers with promises of houses for rent with an option to buy.

When they arrived, ResCom reps would offer to sell them a different house for just a little more a month. Sure, it might look like a dump now, but ResCom promised to fix it up. The company could also help arrange mortgage loans that were insured by the feds. And just to sweeten the deal, ResCom offered side loans to artificially enhance its customers' credit applications.

Deborah Smith knew she couldn't afford to pay upward of $50,000 for a house in East Cleveland. But her loan was approved anyway. At closing time, she remembers, ResCom's people handed her a check to cover the down payment. It was hardly a worthwhile investment.

A month after she moved in, her roof started leaking. No matter how many times ResCom's workers came to fix it, the water kept pouring in. It got so bad that Smith and her two children were sleeping in the living room, because it was the only dry place.

Court records are littered with similar complaints. Delores Savage paid $37,000 for her home near Mt. Pleasant, but a month after moving in, she had to replace her roof and hot-water heater.

Thurman Artis bought his Euclid house for $10,000 more than it was worth, according to appraisers, before discovering that the furnace didn't work. He shelled out $4,200 for a new one.

Denovo Joiner bought a $49,000 house that was sliding off its foundation -- a problem that cost $3,000 to fix temporarily.

Customers said ResCom did everything it could to avoid paying for repairs. But the company's employees weren't very good at hiding. Soon, the FBI and the federal Department of Housing and Urban Development were investigating. And ResCom faced a mountain of lawsuits.

The court battles lasted a decade. Eventually, judges sided with customers in two of the biggest cases and awarded them nearly $900,000 in damages. In 1993, ResCom chief Dave Goda went to prison for bank fraud and filing false tax returns. He also pleaded guilty to a separate scheme, in which he submitted false statements to HUD while overcharging tenants in a federally subsidized rental program.

ResCom's office manager, Vince Ruggieri, and property manager, Ed Tekieli, both pleaded guilty to abetting the HUD scam. The men were sentenced to two years of probation, forced to pay fines, and barred from contracting with HUD for a year.

But even criminal penalties didn't convince them to leave the housing business -- or stop relying on federal funds to do it. Thirteen years later, Goda and Michael Kucera, the two men who ran ResCom, are working with new companies, Cresthaven Development and Tesco Builders.

Ruggieri, meanwhile, is chief operating officer for the biggest home builder in Cleveland, and Tekieli is his sales director. Their company, Rysar, has collected more than $16 million in loans and grants from HUD, along with at least $13.6 million in loans from the city.

Carolyn Smalls paid $83,000 for a three-bedroom house renovated by Rysar four years ago. It sounded like a good deal. But a year after she moved in -- just when her warranty ran out -- her brand-new roof started leaking. When workers from Cleveland Housing Network came to install new insulation, she says, they discovered rotting wood in the rafters.

"The stuff that [Rysar] put in is not holding up," Smalls says. "I love my house, but I hate what I had to go through to get it."

Rysar's most ambitious project is in Central, where it's building more than 400 new houses through a federally subsidized housing program. Homes in the Villages of Central sell for $100,000 to $200,000, and feature suburban-style perks. The problem, residents say, is in their craftsmanship.

Sinking porch steps, slanted driveways, and yards that sink around foundations are common complaints in homes that are just three or four years old. According to several builders, Rysar failed to follow basic rules of the trade.

Rysar president Ken Lurie has vehemently denied the claims. But others allege that the company is using unskilled workers -- just as ResCom did.

"The key to their profits is in using basically unqualified workmen," says Darryl Pittman, a lawyer involved in the ResCom case.

The similarities between ResCom and Rysar are no coincidence. When ResCom was falling apart, Lurie was trying to break into the field. He hired some of the key players at ResCom to help him get started.

According to court documents, Ruggieri started working as a salesman for Rysar in the fall of 1992, a year before he was sentenced in the HUD scam. He worked there for 13 years before being promoted to COO last year. Tekieli was hired by Rysar in 1991, according to the company's website, and is now sales director.

Ruggieri did not respond to an interview request. Lurie wouldn't talk either, but he left little doubt about his feelings.

Then, just to clarify the point, he hung up.