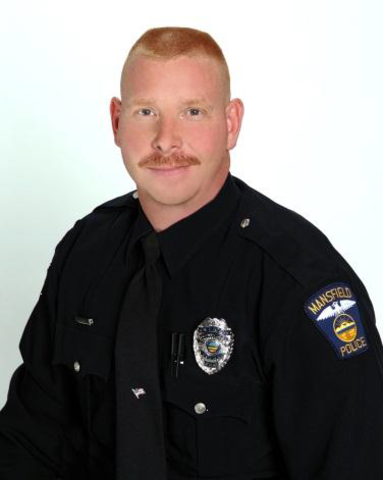 A Mansfield couple are suing their city and a now-former police officer in federal court, alleging the cop forced the woman to "perform sexual acts" in front of her husband to avoid getting arrested last year, and also harassing and taunting the couple.

The police officer, Michael Garn, was indicted on 40 counts, including 25 felonies (per the Mansfield News Journal at the time) this February. Some of the allegations made by the couple, who filed a complaint with the police department last October, appear to have resulted in Garn's indictment (other charges in the indictment are for wrongdoing Garn did unrelated to this lawsuit; click that News Journal link).

The suit says Garn wrongfully arrested a woman (who we won't name) last May for petit theft, and then told her "I can get you out of this but you have to do something for me... Think about what I said."

After the woman spent the weekend in jail, Garn, both on and off duty, forced the woman "to perform sexual acts on him to avoid her arrest." He made the woman's husband watch, telling the man "I can have and take your wife anytime I wand and you cannot do nothing about it."

The cop sent hundreds of text messages to the woman, it says, "belittling and berating" her husband, and threatening the her with arrest.

The woman filed a complaint with the police department in October and "given the seriousness of (her) accusations against Officer Garn, she willingly underwent the rigors of a stress test, and passed the same."

This incident was not public until now. Here's what the Mansfield News Journal reported about the officer's indictment in February:

Garn, 41, was indicted on 40 charges, including 25 felonies. More details of the case are emerging with Thursday’s unsealing of the indictment.

The initial complaint dealt with a conversation that implied evidence could be destroyed in exchange for a sexual favor.

“Destroying evidence in exchange for anything or without pursuing a criminal offense is a dereliction of duty,” Mansfield police Chief Ken Coontz said.

Coontz detailed some of the other claims.

Read the lawsuit below (we redacted all but the first initial of the two plaintiffs):

Doug Brown is a staff writer at Scene with a passion for public records laws and investigative reporting. A native of Ann Arbor, Mich., he has an M.A. in journalism from the Kent State University School of Journalism and Mass Communication and a B.A. in political science from Hiram College. Prior to joining Scene,...
More
Scroll to read more Cleveland News articles
Join the Cleveland Scene Press Club