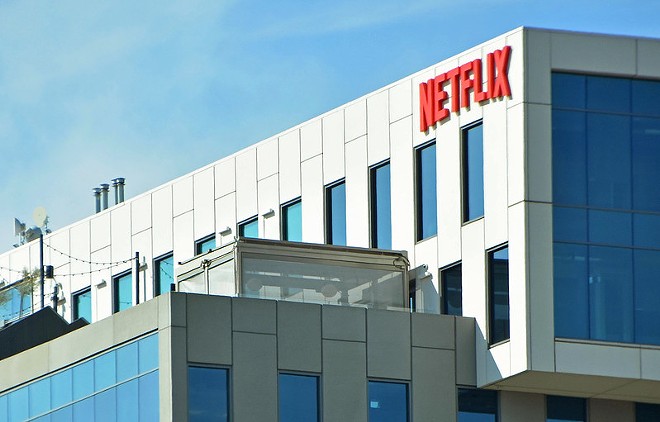 
A small Cleveland suburb has filed a lawsuit against Netflix and Hulu, trying to force the streaming companies to pay a franchise fee typically applied to cable providers.

The lawsuit is part of a growing national trend of cities in at least 13 states, often pinched by shrinking budgets, targeting the nascent streaming industry for new tax revenues.

The city’s suit is filed under a state law written and passed in 2007 — when Netflix was mostly mailing its customers DVDs and Hulu had yet to launch.

Maple Heights, population 23,000, filed a class action suit in federal court in August 2020. Its claim is simple: Streaming services like Netflix and Hulu provide content that reaches customers through DSL and fiber optic cable lines along public rights of way, just like cable providers do.

Those cable providers must pay a tax of up to 5% of their gross revenue in an area as a “video service provider” fee. If cable companies must pay, Maple Heights argued, then so should Netflix and Hulu. The lawsuit comes as customers increasingly bail on cable and opt for streaming — a trend that’s costing cities money.

The Supreme Court is scheduled to hear arguments in the case next month.

In 2007, bipartisan state legislators passed a law centralizing franchising rights at the state level instead of local. The law defined video service as “the provision of video programming over wires or cables located at least in part in public rights-of-way.” However, it excludes video programming provided solely via a service that offers content “over the public internet.”

Both the streaming companies emphasized they don’t have any hardware in Ohio, and the law exempts internet companies anyways.

“Netflix has no wires, cables, or other infrastructure in any Ohio public rights of way,” the company’s lawyers wrote.

Maple Heights said the content Netflix provides is not only comparable to broadcast television, but “indistinguishable.”

The city argued the “public internet” exemption referred to internet service providers, not streaming services. And content behind a paywall, it said, isn’t public. As far as hardware: The law only requires the companies to use cables — not build or own them, the argument said.

“Indeed, [Netflix and Hulu’s] ability to deliver their content — and, in turn, operate their enormously profitable businesses — depends wholly on the quality and strength of these wireline facilities,” lawyers for Maple Heights wrote.

More and more cities, all with similar laws levying fees on cable companies who rely on the use of public rights of way, have filed similar lawsuits over the past two years.

A count from Bloomberg Law, current as of October 2021, identified 13 such lawsuits around the country. Four have been dismissed. Most the others are mired in procedural battles, including plaintiffs seeking to keep the cases in state court and the streaming companies seeking to transfer them to federal court.

The Ohio Municipal League, which typically advocates for more local government funding, didn’t respond to inquiries about the case, nor did the Ohio Chamber of Commerce.

Cord-cutters disgorged cities of franchise fee revenues, its lawyers argued, putting the cities in a pickle. But expanding the tax to include streaming services will hike costs for customers and stifle competition from potential competitors.