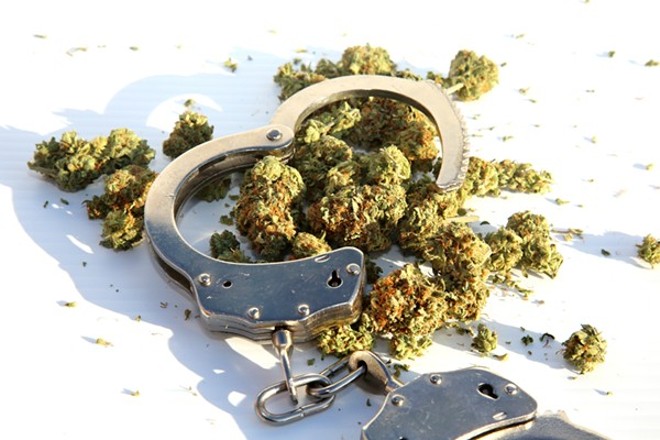 Shutterstock
The good news is that the total number of people arrested in the United States for marijuana-related crimes declined for the first time in four years, according to data released last week by the FBI. The bad news? That number is still higher than those arrested for all violent crimes.

The drop-off in marijuana crimes is attributed to marijuana legalization efforts across the nation. Since 2012, 11 states and Washington, D.C. have legalized recreational use of marijuana, including Michigan in 2018.

Still, marijuana activists say the number of pot-related crimes is still too high.

"Police across America make a marijuana-related arrest every 58 seconds," NORML Executive Director Erik Altieri said in a statement. "At a time when the overwhelming majority of Americans want cannabis to be legal and regulated, it is an outrage that many police departments across the country continue to waste tax dollars and limited law enforcement resources on arresting otherwise law-abiding citizens for simple marijuana possession."

Marijuana arrests peaked about a decade ago, with more than 800,000 arrests.