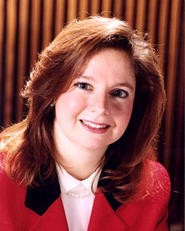 Bridget McCafferty
New questions have arisen in the police investigation of the shooting of teenage robber Brandon McCloud -- namely questions like "What the hell?" and "Are you friggin' serious?"

McCloud, you may recall, devoted himself to a promising career in the Ripping Off Pizza Delivery Guys industry, a major growth sector on Cleveland's East Side. In the fall of 2005, Detectives John Kraynik and Phil Habeeb tried to arrest the 15-year-old scholar, but wound up killing the knife-wielding teen.

The shooting polarized the city. Some believed trigger-happy cops shouldn't go around whacking little black kids. Others thought police didn't use enough bullets. They get 'em for free, after all. Why be cheap about it?

Either way, one might think the department would take special care with an investigation so many were watching. But that would require foresight, which is against the civil-service code.

So the department tapped Sergeant Henry O'Bryant to investigate the incident for the Office of Professional Standards. The good sergeant found that the detectives had violated a slew of policies when they clipped McCloud. Though his disciplinary recommendations were ignored by a citizens' panel, and the officers were ultimately cleared of wrongdoing, his report may still be used in the McCloud family's civil case against the city.

But O'Bryant, it turns out, isn't the ideal guy to be working in an office with "Professional" and "Standards" in its title. According to a letter from union chief Steve Loomis, O'Bryant had a very good reason to light the detectives up.

But O'Bryant, needless to say, failed to mention this in his report. It's what people call a Stage IV Conflict of Interest, alternatively referred to as a "Holy Shit, That's a Conflict" conflict.

Here in Cleveland, it's also known as Tuesday.

And it gets worse. Loomis points out that O'Bryant is married to Assistant Safety Director Mary Bounds, who helps oversee the Office of Professional Standards, and isn't particularly fond of the detectives either. Last year, she ran for city council on a platform that promised to "Stop the Police Shootings."

Loomis believes O'Bryant and Bounds "conspired against the [detectives] to further their own personal agendas." The union has asked the Safety Department to launch an investigation into this alleged pillow talk. The city hasn't publicly said whether it will investigate -- but insiders say the department is considering hiring Bounds' favorite aunt, Edna, to conduct the investigation.

A "crack" in the system
As the son of Cuyahoga County Sheriff-for-Life Gerald McFaul, you could say people had high expectations for lawyer Kevin McFaul. Alas, he hasn't always upheld them.

There was the time in 1998 when a woman who'd just received a bag of coke from McFaul turned up dead in the trunk of her car. Or the time his wife divorced him, and he went to go live with a drug-addicted stripper. Or the time a crack pipe fell out of his pocket during a court hearing. A week later, an informant working for Dad handed him $200 to act as his lawyer. Within five minutes, Kevin bought crack with the money.

But you can't say McFaul hasn't had his fair share of second chances. Though he was seen passing the dead woman cocaine, police said there was no evidence to charge him with trafficking. And when cops caught him with crack in 2002, he avoided conviction and entered a 12-step program. Clients think he's a great lawyer -- until he starts rooting through your trash for used light bulbs.

But you'd think even the son of a Democratic powerhouse like Gerald McFaul would run out of favors at some point. When the crack pipe fell out of his pocket last October, it looked like the hammer had dropped. Luckily, McFaul won the lottery by getting Bridget McCafferty as his judge. In a Scene poll ["The Verdict Is In," October 29, 2003], McCafferty was rated by local attorneys as not only the dumbest judge in town, but also the most political. One lawyer even combined the two honors: "Brain-dead political hack." It's a time-tested recipe for success on the Cuyahoga County bench.

So after McFaul pleaded guilty, McCafferty's sentence was no surprise: probation with another shot at treatment.

The judge refused comment on her sentence, citing her "code of conduct." Yet apparently McFaul's behavior hasn't interfered with the lawyer code of conduct, often referred to as Mein Kampf. He's still a lawyer in good standing, and he'll be happy to represent you as soon as he gets done lying face-down in a pile of his own vomit.

Moron Trilogy, Part III
Though the smart money says no one can overtake Cleveland in the Stunningly Inventive Ways to F#[email protected] Up a School System Division, give Lorain points for making a run.

Last month, it whacked almost 250 teachers and 30 administrators, hoping to mend a $15 million shortfall. But the move came just three weeks after hiring new superintendent Cheryl Atkinson, all the way from Kansas City, for $175,000 a year -- a $35,000 bump over predecessor Dee Morgan. (The other finalist was fired from her last job for blowing school money on personal travel. It's hard to find good help these days.)

But what pissed teachers off most was a quiet side deal in which the district also hired Atkinson as a summer "consultant." She'd be paid an extra $15,000 to show up for 25 days between mid-May and the end of July.

"It was a slap in our face," says Pam Kryc, who taught first grade for 10 years before getting axed.

District spokesman Dean Schnurr says Atkinson's arrival marks the start of some serious restructuring of Lorain's schools. That made the summer gig -- or "transition period," as he calls it -- necessary.

And the board? They claim they didn't know how serious their budget problems were until after Atkinson was hired. Apparently, being down $15 mil just kinda sneaks up on you.

But teachers aren't buying. They've started a petition to overthrow the school board. "It's a nightmare," says union president Christine Miller. "They want to put the blame on everybody else. I guarantee if I ran my classroom this way, I'd be out of a job."