The Urology Group in Cincinnati says there's been a 59.6% increase in vasectomies this month over those performed in July 2021.

Josh Rammel and his wife Megan planned on Josh getting a vasectomy after the birth of their first child.

“We discussed it even before our son was born,” Rammel says. “Here recently with stuff changing, it’s like, OK, now’s the time to do it. Things aren’t looking good for how things could go from now into the future.”

Rammel, of Perrysburg, is referring to the U.S. Supreme Court's June 24 overturn of Roe v. Wade, which has caused a wave of laws outlawing abortion care across the country. Immediately after the court's decision, Ohio decreased legal abortion access to six weeks gestation, before many people even know they are pregnant.

The Supreme Court decision, which was previewed in a leaked draft opinion in May, seemed to cause a spike in vasectomy appointments. In June, the Cincinnati-based Urology Group performed an 18.8% increase of vasectomy procedures over that month last year, according to data from the provider. July’s scheduled vasectomies will be a 59.6% increase over those performed in July 2021, the medical provider says.

Andrew, from Independence, Kentucky, is part of the wave of vasectomy appointments being scheduled. His wife had a rough time during her last pregnancy, and she has an intrauterine device (IUD), a form of birth control that he says carries an added risk for ectopic pregnancy (the Mayo Clinic says that becoming pregnant with an IUD in place can increase the chance of an ectopic pregnancy). In an ectopic pregnancy, a fertilized egg lands outside the uterus and becomes life-threatening for the pregnant person, Cleveland Clinic says.

“I feel like I have to make the right choice for my family,” says Andrew, who requested his last name be withheld.

Even though Andrew finds that his vasectomy could be a safer option for family planning, the IUD his wife currently uses may no longer be an option in the future. Like Andrew, Rammel also is thinking ahead.

“I went to law school, so I can look at this and kinda see the reasoning for the reversal for Roe v. Wade and see how it can impact other things,” Rammel says. “Certain forms of birth control are a possibility to not be around in the future.”

An Ohio lawmaker recently introduced a bill that broadly defines a fertilized egg as a person, raising questions about the future of certain forms of birth control that could prevent implantation of an embryo.

Vasectomies typically are quick procedures that allow the patient to stay awake and drive home after. In contrast, forms of sterilization for uteruses, such as tubal ligation, often are much more involved and require a longer healing period. Tubal ligation is also considered permanent; any attempt at a reversal is considered major surgery, according to the Mayo Clinic. Vasectomies, on the other hand, have a greater chance of being reversed.

With the right to full abortion care diminishing and the right to birth control coming into question since the fall of Roe, some urologists worry that patients may seek vasectomies hastily and attempt to reverse the procedure down the road.

“What we tell everybody is this should be considered a form of permanent sterilization,” says Dr. Ryan Flynn with the Urology Group. “I had a young guy who came into my practice and said, ‘I’ll just get my vasectomy now and when I’m ready to have kids I’ll just get it reversed,’ and I tell them that is not the way to go.”

Flynn says a vasectomy, while technically reversible, is not designed to be temporary.

“A vasectomy is a medical procedure in which we remove part of the vas deferens, which is the tube that connects the testicles to the outside world,” Flynn says. “Cutting out that segment and cauterizing, we want to make it as difficult as possible for things to find their way back together, even with medical help.”

Dr. Shane Russell, who runs the Vasectomy Reversal Center of Ohio, says reversals can be successful.

“It is reversible in the majority of people successfully, but it’s never a guaranteed success,” Russell says. “It’s still recommended that people consider it a permanent form of birth control. But 5-8% of people do change their mind, historically. But that number might go up in the future when people have a different equation in their mind for wanting to get a vasectomy or their reasons for getting one.”
Russell, whose practice is the only reversal center in Ohio, says the odds of a successful reversal are partially dependent on how much time has passed since the vasectomy, but the training of the doctor performing the reversal is the biggest factor.

“All urologists learn how to do vasectomies. It’s a pretty straightforward procedure to do an actual vasectomy,” Russell says. “A vasectomy takes 15 or 20 minutes; a reversal takes two and a half to three hours and is just very meticulous microsurgery. You really only learn how to do that if you do advanced fellowship training after your urology residency. Only about one percent of urologists choose to do that.”

The advanced fellowship training gives the urologist a chance to learn a vas-to-epididymis connection, a procedure Russell says is less effective than a typical reversal but usually only offered by reversal specialists.

“If you see the unfavorable fluid when you’re doing a reversal and you don’t know how to do a vas-to-epididymis connection, well, that side is guaranteed not to work. So, there goes half your chance,” Russell says.

The “unfavorable fluid” Russell mentions is semen that doesn't contain sperm. Russell says professionals don’t know if a patient will need a vas-to-epididymis reversal until they’re doing the procedure.

“What we do is we open up that end that has been tied or clipped off in the vasectomy, and we look at the fluid that comes out of that tube and examine it microscopically,” Russell explains. “If you see favoriable fluid – like [that] contains sperm or sperm parts – awesome, you can do the more successful vas-to-vas. If you see the unfavorable fluid – like thick, creamy fluid with no sperm – that’s when you have to go to the epididymis and find sperm there, and that’s where you make your connection.”

The epididymis is the structure that wraps around the side of the testicle where sperm matures, and a vas-to-epididymis connection is a last-ditch effort Russell can offer patients who want to try for a pregnancy. The more typical vasectomy reversal, the vas-to-vas connection in which the severed tubes are reconnected, has a 90-95% success rate in Russell’s practice.

Flynn cautions patients who believe in the promise of successful vasectomy reversals.

“There are reversals out there but there’s no guarantee to them, it’s all cash-based so there’s not coverage for a reversal,” Flynn says.

Insurance companies tend to fully or partially cover a vasectomy, Flynn says, but a reversal generally is not covered and will cost thousands of dollars out of pocket. A reversal at one of Russell’s offices in Cincinnati, Dayton or Columbus costs about $6,300.

“People do these really cheap reversals that you can find on the internet, but it’s really scary because they’re not even urologists usually,” Russell says.

Urologists like Flynn take their time counseling patients, especially when discussing the future with patients who are looking at a vasectomy as temporary birth control in light of Roe.

“I think it might be possible that we start to see that,” Flynn says. “From our side it’s going to come down to more counseling. I’m a big proponent of people making their own decisions. I’ve done [vasectomies] on 25-year-olds who have no kids, but those are longer counseling sessions than 38-year-olds with two or three kids.”

Flynn also addresses myths and misconceptions about vasectomies during these counseling sessions.

Rammel, the patient who is trying for a child with his wife, did his homework before scheduling a vasectomy appointment, and he’s not afraid to talk about his decision with friends or family.

“People say this all the time when they don’t actually do it, but do your research with it,” Rammel says. “If you look at the right places and read the right stuff, it’s nothing to be worried about. It’s not the loss of your manhood, which I know I remember hearing growing up.”

In his early years, Andrew also was exposed to media that poked fun at the procedure.

“I think even in the '90s, on [TV show] Home Improvement, there’s an episode where Tim was going to do it and people were ribbing him,” Andrew says.

“Do you lose part of your manhood? As a dad, as a husband, doing the things that keep your family safe is what manhood should be about.” 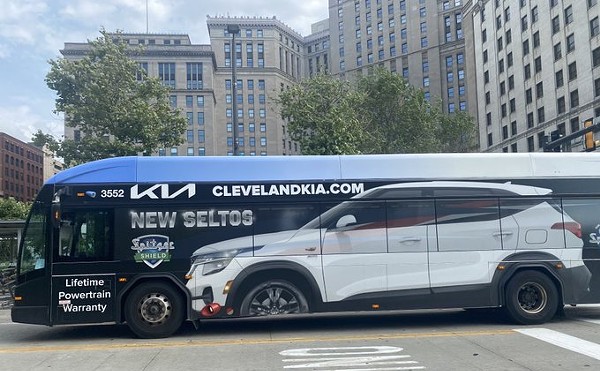