Most MLB Teams Will Celebrate LGBTQ Fans with 'Pride Nights' This Year, But Not the Tribe 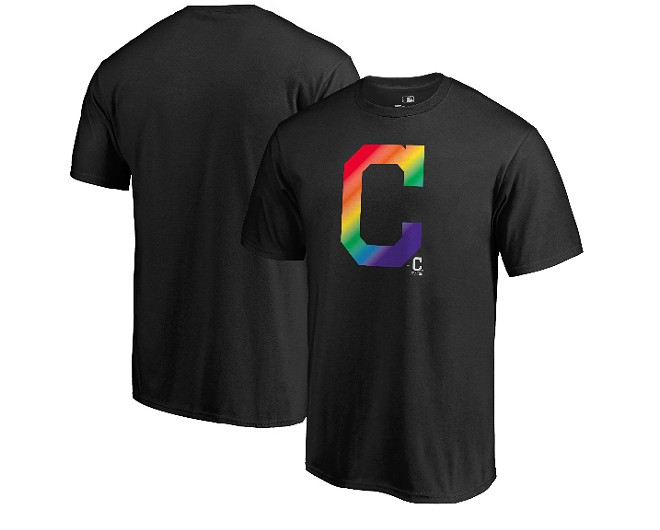 Twenty-three of the 30 Major League Baseball teams are hosting an event for their LGBT fans this season. Much like sporting pink accents on uniforms for Breast Cancer awareness or the memorial ribbons seen earlier this season in honor of the tragedy at Marjory Stoneman Douglas high school, MLB teams are getting ready to rock the rainbow in honor of LGBTQ Pride month in June.

The Cincinnati Reds will be holding their first Pride night this season, leaving only the New York Yankees and Los Angeles Angels as having never held any sort of Pride night. The National League West is the only division with all five teams having a Pride event in 2018.

As of publication, The Cleveland Indians currently do not have any pride events scheduled for this season. The Tribe has only ever held one Pride event, a night in 2014 that honored the Gay Games being held in Cleveland. Ironically, weather caused the game to be postponed after a few innings and the rematch did not continue the Gay Games celebration.

Had the Gay Games not been in Cleveland that year, its likely that the Indians would join the Yankees and the Angels as having never celebrated Pride. This isn't to say that the Indians are anti-LGBTQ. We've reported as early as 2013 about the Indians showing support for LGBTQ youth, in addition to how hard fans foamed at the mouth because their local baseball team doesn't want to see kids getting bullied.

A representative for the Cleveland Indians told Scene in an email, "We have not been approached to host a Pride Night this year yet as this would be done through our group sales dept. Last time there was a Pride Night group sale was the year CLE hosted the Gay Games."

To compare, the Chicago Cubs have hosted more Pride events than any other team, likely because co-owner Laura Ricketts is a married lesbian and the only openly gay owner of a major league sports franchise.

It's important to note that while all of the current MLB Pride events are planned by third-party organizers, they're all publicly recognized and endorsed by the teams' marketing departments.

It's very peculiar that the Tribe doesn't have anything scheduled, especially considering a rainbow "Block C" shirt is available from the official MLB shop and labeled as a "Cleveland Indians Pride Shirt."

Apparently the Indians can profit off of gay culture without actually doing the work to celebrate it.