MYSPACE THINKS OF THE CHILDREN

The poster for Thursday’s Doro concert at Peabody’s was too hot for MySpace. 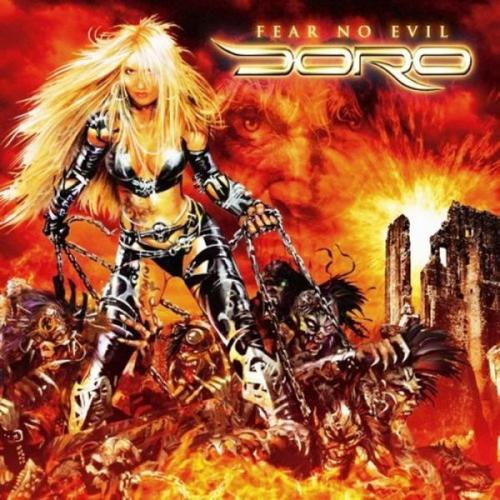 On its MySpace page, local opening band Destructor posted a flyer that featured artwork from the German headliner’s new album, Fear No Evil. In the picture, a cartoon version of the blonde, leather-clad singer stands in flames, holding a pack of demons at bay.

It’s exactly the kind of rated-PG art that young metal fans check out because they can’t get real racy stuff. The image isn’t nearly as lewd as some of the photos we’ve seen on MySpace while researching stories. (No, seriously.)

The second flier hasn’t been removed from Destructor’s page, though the original version is still on display at the pages of opening acts at myspace.com/cellbound33 and myspace.com/thebandlower13.

Following the rise of social-media sites like Facebook and Twitter — which aren’t crammed with slow-loading flash graphics and clunky interfaces — MySpace is slowly reverting to its identity as a music-oriented showcase. It’s definitely got its finger on the youth-market pulse about as well as its parent company, News Corporation, which also owns the Fox networks.

“[The incident is] pretty bizarre,” says Peters. “It just came out of nowhere. Either someone complained, or MySpace randomly found it. Stuff I see on MySpace is way more offensive. This isn’t even close.” — D.X. Ferris