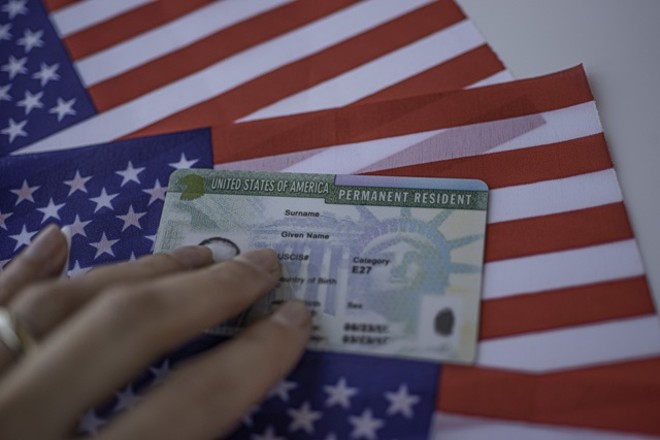 COLUMBUS, Ohio - Ohio's roughly 4,400 "Dreamers" are a step closer to the chance to become American citizens.

The U.S. House approved the American Dream and Promise Act last night, which creates a process for undocumented immigrants brought into the country as children to become U.S. citizens.

And it expedites the process for Deferred Action for Childhood Arrivals recipients by providing eligibility for green-card status.

As Immigration program manager at the Intercommunity Justice and Peace Center in Cincinnati, Samantha Searls called it a historic day.

"DACA recipients have grown up in American society and know the United States as their only home," said Searls. "These are real, bright young people in our communities that will see an immediate impact."

There are more than 2.3 million "Dreamers" living in the United States. The proposal also would extend the path to citizenship for those with Temporary Protected Status.

The House on yesterday also approved the Farm Workforce Modernization Act, which also provides a process for the millions of immigrant workers to establish permanent U.S. residency.

The DACA programs was created in 2012, and nearly was ended during the Trump administration. Searls attributed progress on immigration reform to the power of young immigrant voices.

"These bright young people have been demanding a solution for their families for years," said Searls. "All of this is thanks to the power of immigrant youths who have not been silent and have really spoken up on the issues that affect themselves and their families."