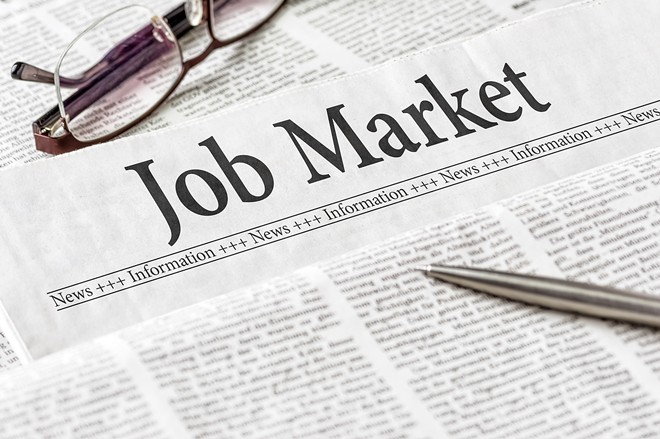 (Adobe Stock)
Ohio's labor market has recovered quickly after COVID-19, but the number of jobs in the state remains below the year 2000 level.

A new report on working in Ohio offers a mixed picture of labor in the state.

The annual State of Working Ohio report is out for 2022 and while researchers are highlighting the strong post-pandemic job recovery, workers still face challenges.

The report shows the state has recovered 85% of the jobs lost to COVID-19, which is three times faster than the recovery from the great recession 14 years ago. While this is good news, Michael Shields - a researcher with Policy Matters Ohio and the lead author of the report - offered a word of caution.

"There is a note of caution, that depending on how aggressively they push to reduce inflation, the Federal Reserve really could reverse this job growth," said Shields. "We could even see a recession, but generally we're seeing really good recovery."

Shields said the inflation over the last two years was kicked off by the pandemic, but corporate profits now make up over 50% of cost increases.

Over the last few decades many workers in Ohio have been forced to transition out of jobs in manufacturing and into lower wage sectors. The report indicates the state has lost over 700,000 manufacturing jobs since the 1970s.

Shields pointed to a decline in union representation as a major factor keeping wages flat since the '70s. He said that while there have been productivity gains in the workplace over those same decades, corporations and the wealthy have captured nearly all of the profits from those gains.

The report shows only 13% of Ohioans belong to a union and Shields said productivity gains are not enough.

"Productivity is not enough to ensure that everyone in Ohio is able to prosper," said Shields. "Broadly shared prosperity depends on more than productivity, it also depends on bargaining power. We have to make sure that working people have a voice at the table and are able to bargain for their share of the wealth that they're creating."

The report shows the median union wage is close to $5 per hour more than non-union workers.

Another challenge Ohio workers often face is wage theft, where employers don't pay for all hours worked. The report states that misclassification of workers as contractors is one form of wage theft, but Shields said it goes further.

"Employers steal from some 213,000 Ohioans through minimum wage non-payment alone," said Shields. "Now, minimum wage non-payment is not the only form of wage theft. There are other things like not paying time and a half for overtime. Things like not paying for all hours worked. Sometimes folks will work a short-term job and just never get their last paycheck."

Shields said Ohio does not have the investigative resources to address the scale of the wage theft problem in the state.