Number of the Beast

Blackwell is your one-stop supplier for identity theft. 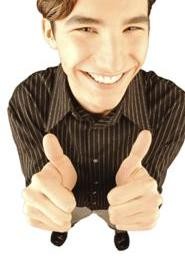 If you don't dress like this geek at Shaw High, you're gonna get suspended.
With polls giving him a 20-point deficit in the governor's race, it appears that Ohioans have finally wised up to Uncle Tom Blackwell. But if you're still feeling pangs of misplaced pity, Punch offers reason No. 72,941 to fear his election: The moron is helping thieves steal your identity.

The problem came to light last February, when it was discovered that Tommy's crack Secretary of State staff had placed hundreds of names, Social Security numbers, and birthdates on its website.

"When this was first revealed, I not only had constituents that were concerned about it, but also staff," says state Senator C.J. Prentiss (D-Cleveland). "My office staff person was crying because her whole life was being exposed. And then when she attempted to get it cleaned up, there was another fee that was required."

Call it the Blackwell Theory of Governance: You pay to have him mess up, then pay again for him to fix it. Unfortunately, he's far better at the first part than the second.

In March, under pressure from newspapers and a class-action lawsuit, Blackwell agreed to fix the problem. Prentiss assumed his word was good.

But last week, a Columbus TV station aired a report showing how readily available the private info remains to anyone with Internet Explorer. It seems the only real action Blackwell took was spending $78,000 in taxpayer money to defend the lawsuit.

"We are now seven months later and it's not been cleaned up yet," Prentiss says. "We can't believe it. Here's a guy that poses himself as someone that will protect the public trust, and this is one of the little things that's very serious."

Even poor in Monopoly
When it came time to reinvent America's richest game, the country's poorest city wasn't forgotten: Cleveland is one of just 22 cities to earn a space in Hasbro's new Monopoly Here & Now edition, which landed in stores last week.

Cities were selected through an online poll. New York and Boston earned the modern-day equivalent of Boardwalk and Park Place. Pittsburgh did not earn a space, but is awaiting a callback from Yahtzee's people.

Fittingly, Cleveland replaces what had been Mediterranean Avenue -- the lowest-rent hovel in the game.

"You are the value property," Hasbro spokeswoman Pat Riso cheerfully explains. "We had hoped people would be happy just to be on the board."

News you can use?
WTAM talker Mike Trivisonno's on-air formula consists of one part babbling about his poker night, one part eating into the microphone, and one part talking out of his ass. But on Friday, September 22, listeners may also be blindsided by actual insight.

Trivisonno will host a "non-debate debate" featuring U.S. Senate candidates Mike DeWine and Sherrod Brown. The catch: If either dogs his opponent or the opposing party, Triv kills his mic. Given the nature of politics, he may well end up hosting a radio debate between mimes.

"I think most people in this country are sick of them not answering questions, but just bashing the other person," says Trivisonno. "That's what we're trying to avoid; we're trying to get answers."

Brown initially declined the invite, leaving Trivisonno with no option but to taunt him on the air. "Before the show was over they changed their mind," says Triv. "What a coincidence."

He also hopes to hold a non-debate with gubernatorial hopefuls Ken Blackwell and Ted Strickland. But given Triv's Really Drunk Guy at the Bar brand of conservatism, Democrats are leery.

"Blackwell is in," says Trivisonno. "Strickland is not in. The two we've had problems with have been Strickland and Sherrod Brown. If that means anything, I don't know."

Hold the phone!
Canton's Barb Gordon is convinced that her 82-year-old grandmother was ripped off.

When she discovered that Esther Strogen had been leasing two rotary phones from AT&T for the past 42 years -- at $29.10 a month -- Gordon quickly ended the lease and replaced her ancient equipment with a new touchtone. The family also took Esther's story to the press.

Last week, papers from Arizona to Canada were reporting that she had paid more than $14,000 for her outdated appliances. But as AT&T was being splattered as Public Grandma-Bilking Scumbag No. 1, Punch discovered the figures were slightly inflated.

John Skalko, a spokesman for Lucent Technologies, an AT&T offshoot, says that Esther only paid $29.10 every three months, reducing the grand total to around $2,000 since 1985, when customers were offered the chance to opt out of renting their phones. Since then, the number of renters has fallen from 40 million to 750,000.

"We only lease phones because people still want that service, for repair and replacement needs," Skalko says. "If people want to end their lease, we allow them to do so."

Moreover, despite her family's protests, Esther doesn't feel ripped off. "It was just a bill I paid, like any other bill," she says. "Those were the only phones I'd ever had in my house. That's just the way I did things."

But AT&T doesn't get a complete pass. Asked why it doesn't tell elderly customers that they can simply buy a phone for as little as 10 bucks, Skalko says, "That'd be like helping out the competition, now wouldn't it?"

No, John, it would be like helping out your customers.

Collaring kids
Under a new dress code this year, Shaw High students are supposed to wear collared shirts. Unfortunately, administrators forgot to tell anyone till after school began. By that time, parents had already spent the summer combing sales racks, plunking down hundreds of dollars on non-collared apparel.

One might think officials would call a "My bad," postponing the rule until next year. When your kids come from one of America's poorest suburbs, you needn't add to their burden, even for the sake of superior fashion.

Yet teachers nonetheless began cracking down after Labor Day. Dozens of kids were banished from class, given a choice of suspension or going home to change. But many didn't have other clothes.

"I don't have the extra money to buy 'em again," says Tracie Osborne, a secretary and mother of two of the uncollared. "It's like a punishment to me, and it's not fair."

Yes, it does seem counterproductive to exile kids who actually show up, especially when their only sin is a shortage of neck cloth. But if East Cleveland Superintendent Myrna Loy Corley has an explanation, she isn't saying. Nor did school-board members return Punch's calls.

So when you see the collarless aimlessly wandering the streets at midday, you'll know whom to call.