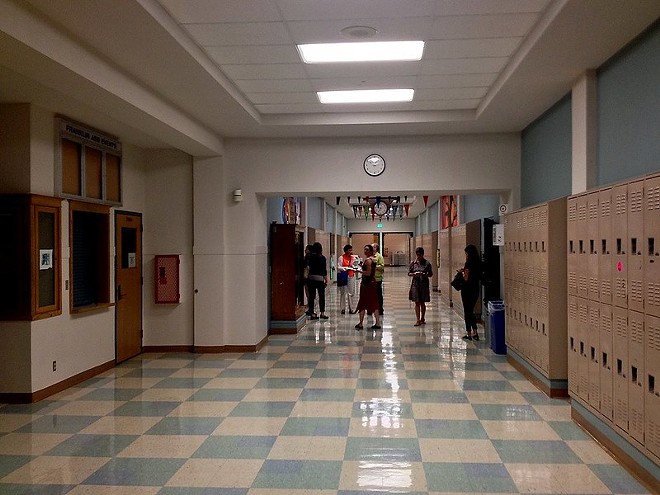 A new bill to expand the state’s private school voucher program has been filed in the twilight of the 134th General Assembly.

The last change to EdChoice was made effective in September of this year via HB 583, which allowed a student who had previously been eligible for and accepted EdChoice vouchers to continue eligibility regardless of household income changes.

HB 583 also allowed siblings of voucher students to qualify for the scholarships.

Whether or not SB 368 will be passed in the month that’s left of the current GA, the bill could indicate a renewed interest in expanding the private school vouchers as the GOP extends its supermajority in the new year.

The Center For Christian Virtue, an Ohio Christian lobby group, supports the bill in the same way they support another bill still awaiting consideration by the Ohio legislature, HB 290, which would allow school funding to travel with each individual child, rather than being sent to school districts for distribution, or the state paying private school voucher scholarships directly.

Providing $5,500 for K-8 students eligible for the vouchers, and $7,500 for high school students would “accomplish the important function of empowering parents to be the primary decision makers regarding where and what type of education their children receive,” the CCV said in a statement on the bill.

Public school leaders and advocates have consistently railed against an expansion of the EdChoice program, saying it negatively impacts the public schools that educate a vast majority of Ohio’s students by taking away funding.

“Expanding private school vouchers and increasing the homeschool tax credit (to 800% of the current credit) will make it harder for legislators to meet their constitutional obligation to fully and fairly fund local public schools in Ohio,” said Melissa Cropper, head of the Ohio Federation of Teachers.

A school funding overhaul was entered into the last budget bill, creating two years of funding for studies on how schools use their finding and the future of the funding model.

That overhaul, also called the Fair School Funding Plan, has the support of the Ohio Education Association and the OFT, among other education leaders. Legislative leadership said they couldn’t fully pass the plan through it’s six-year phase-in for fear of locking future legislatures into funding plans the new budget (or budgetary priorities) may not allow.

“Ohio lawmakers must commit to fully implementing the Fair School Funding Plan before they move onto other schemes that undermine our public schools’ mission to provide a great education to every student – no exceptions,” said Scott DiMauro, president of the Ohio Education Association.

If the measure moves forward, it should happen in the new year, according to Cropper.

“Any changes to the EdChoice voucher program or the home school tax credit should be handled next year during the state budget process, not rushed through in the final days of a lame duck legislative session,” Cropper said.

Senate Bill 368 has not yet been assigned to a committee.