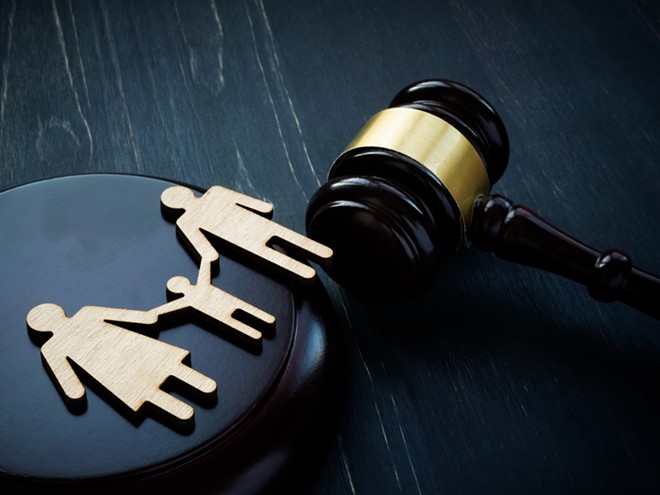 (Adobe Stock)
The National Parents Organization contends it is in the best interest of the child to spend as much time as possible with two fit parents in cases of divorce.

The passing of a bill currently making its way through the Ohio Legislature would change the way the court system handles child custody cases by making a shared parenting agreement the new presumed outcome.

Around 10% of Ohio child custody cases involve court intervention. Under current state law those cases have two possible outcomes: with sole custody assigned to one parent, who is then considered the residential parent and has the power to make decisions on behalf of the child; or with a shared parenting agreement that considers each parent a residential parent, giving them both the authority to make decisions about their children. Presently neither option is considered the default outcome in the eyes of the court.

If passed, House Bill 508 would allot equal residential time to both parents as the default. In order to argue for sole custody, parents would have to demonstrate clear and convincing evidence a shared parenting agreement would not be in the best interest of the children.

The bill "had 59 co-sponsors when we signed it, which is unheard of," said Rep. Rodney Creech, R-West Alexandria, who introduced the bill in December along with Rep. Thomas West, D- Canton.

H.B. 508 had its third hearing before the Legislature's Civil Justice committee on April 5.

Ohioans in support of HB 508 argue that children do best when both parents are involved in their lives, and that children raised in single-parent households face a higher risk of the negative impacts of instability.

"When it comes to teen violence and teen pregnancy and drug abuse and delinquency and incarceration rates among youth, we know that the common thing [among] all of these children in troubled youth is they're lacking...a significant relationship with one of their parents," said Elizabeth McNeese, co-chair of the National Parents Organization affiliate in Ohio, an organization focused on promoting shared parenting after divorce.

"The 10% [of parents] that do go and litigate, the majority of them, there are reports of some kind of domestic violence or family violence," said Danielle Pollack, policy manager at the National Family Violence Law Center at The George Washington University.

Pollack said many of the cases that require court intervention are "high conflict" cases, which more often involve a history of domestic violence. These high conflict cases are the major concern for those in opposition of HB 508.

"We don't want a presumption of 50/50," said Nancy Fingerhood, a member of the National Safe Parents Coalition. "Because these are the cases where you'll end up giving more access to the abuser."

Supporters of the bill argue HB 508 acknowledges not all cases should start with the presumed outcome of shared parenting.

"We recognize, and the bill also recognizes, that there are situations that equal parenting is absolutely not appropriate," McNeese said. "Domestic violence, child abuse, neglect, those are reasons to rebut that equal presumption."

"Good parents should not have to spend 70, 80, 90 thousand dollars just to remain a parent," McNeese said.

Although HB 508 would set a presumed outcome for child custody cases, the bill also explicitly states the factors and scenarios, such as incidents of domestic violence or neglect, that would contest the presumption of equal parenting.

But language in the bill could make it harder for parents to prove domestic violence than it is now.

HB 508 requires the state to raise the standard of evidence for domestic violence in child custody cases, from a "preponderance of evidence" to "clear and convincing" evidence. This would require victims of domestic violence to demonstrate a history of proveable abuse to the judge in order to appeal the presumed outcome of shared parenting.

Creech said legislation similar to HB 508 enacted in other states is having a positive effect on child custody issues and related court battles.

Since then, "domestic violence is down, child abuse is down, court cases are down 16%," Creech said. "So, if this was a bad bill, we would be noticing it in Kentucky after it's been in place for four years."
Scroll to read more Ohio News articles