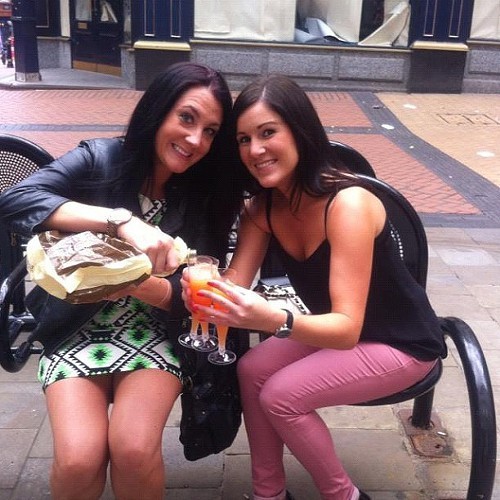 A bi-partisan open container bill is on the table for Ohio, and, if passed, East 4th Street would be a likely candidate for Cleveland.

The idea behind the bill is to give major cities in Ohio the option of designating three open container districts per city, based on population.

Naturally, the pedestrian-only strip off of Prospect Ave. would be a logical choice for us.

Area bartenders seem pretty stoked about it- and honestly, we are too.

"I think it would be great," Chinato bartender John Kassimatis told WKYC. "I think it would be good for business with that flow. Because people are walking up and down the street anyways, and it's closed off to cars, why wouldn't you be able to walk around with a drink," he says.

Granted, open container laws would constitute a whole new set of rules, and area bars and restaurants would have to figure out ways to make sure patrons aren't bringing in outside drinks.

We can all promise not to do that, right?

For now, we'll have to continue enjoying our adult beverages within the confines of Cleveland establishments, however.