Ohio Fetal Remains Bill Yet Another Attack On Abortion Access 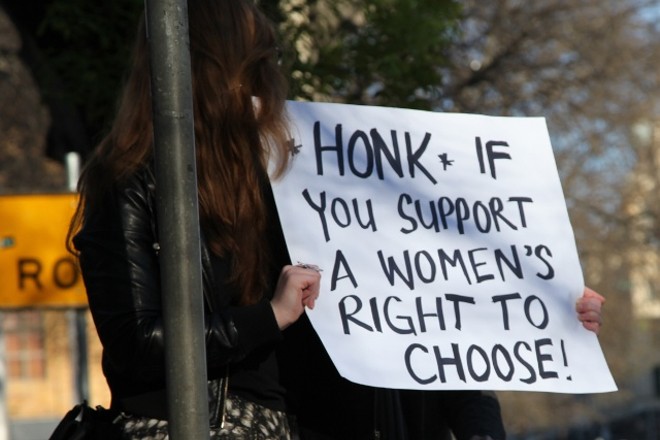 (Kate Ausburn/Flickr)
COLUMBUS, Ohio - The opposing sides of another abortion-related bill in Ohio have very different takes on its purpose.

The Unborn Child Dignity Act passed the Senate and could soon be voted on by the full House. Senate Bill 28 would require women who terminate their pregnancies to have the fetal remains buried or cremated, and mandate new reporting procedures for providers.

"Proponents of this bill like to say this is about treating this issue with dignity and respect," Miracle said. "But really, it's about shaming the women who seek abortion care, and also the medical providers who provide this care."

"The intent is to give the humanity to unborn babies, just a measure of it in death that might have been lacking in life," Weaver said.

The bill was developed two years after an Ohio Attorney General's office investigation found that Planned Parenthood contracted with a company that disposed of fetal remains in a Kentucky landfill. Planned Parenthood has said the allegations are false, and the AG's office noted the practice isn't occurring in Ohio.

Some opponents are troubled by the fact that the law would only apply to fetal remains from clinics that perform abortions, and not from stillbirths or miscarriages in hospitals. Weaver said there's an explanation for that.

"The reason that this is specifically applying to abortion facilities is because we are clarifying a part in code that's already defined that says, 'humanely,'" she said. "And so we're just really going in there and saying, 'OK, what does humanely mean?'"

Miracle pointed out that similar bills passed in Indiana and Texas have been blocked by courts.

"So really, what this is going to end up being is a decision by Attorney General Mike Dewine on how much Ohio taxpayer dollars he's going to waste on continuing this unconstitutional witch hunt of abortion providers," Miracle said.

She added that, if signed into law, the bill would be the 21st attack on abortion rights and reproductive health care enacted since Gov. Kasich took office. A recent bill banning abortion in cases regarding a Down syndrome diagnosis is being challenged in court as unconstitutional by abortion providers and the ACLU of Ohio.

Reporting by Ohio News Connection in association with Media in the Public Interest and funded in part by the George Gund Foundation.