Ohio GOP Bill Would Strip Power from State Board of Education

Many decisions would instead by made by the Governor's office 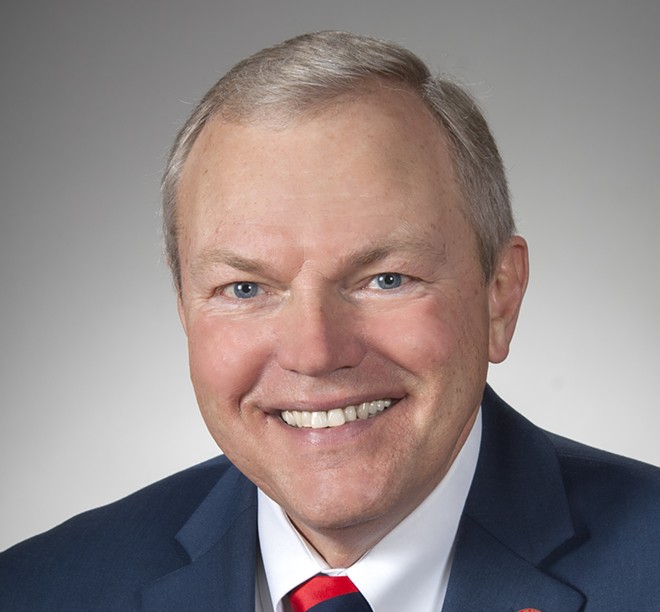 A new bill introduced by Ohio Senate Republicans on Tuesday seeks to “restructure” Ohio’s State Department of Education, create a new administrative division under the governor’s office, and dramatically reduce the state Board of Education’s duties.

This comes after two board members were unseated in last week’s election, one a governor-appointed member before he sought election to the board, and another who was part of a movement on the board to rescind an anti-racism resolution that mired the state board in controversy.

Senate Bill 178, introduced in the Senate Primary and Secondary Education Committee on Tuesday by state Sen. Bill Reineke, R-Tiffin, seeks to “improve the academic achievement and workforce skills of our students, to drive better outcomes in their education, and to prepare for more effective career readiness,” the senator told the committee.

Those divisions will be directed by two people who will sit on the Governor’s Executive Workforce Board, according to Reineke.

“The Department will be generally responsible for enforcing rules under the Ohio Administrative Code and adopting new rules as required by law,” with the design “meant to promote communication and collaboration between schools and education leaders to ensure accountability and transparency.”

The State Board of Education, however, will be pared down as part of the bill to choosing the state’s superintendent of public instruction, implementing and enforcing teacher licensure rules, dealing with educator and staff conduct cases and considering school territory transfers.

Other than that, it would be up to the General Assembly to decide what other roles and duties the board would have.

“It is important to note the bill does not change the current structure of the board’s membership,” Reineke told the Senate education committee on Tuesday.

As the bill was being introduced, the state board of education had convened for their November monthly meeting, in which they approved a measure to consider proposals to hire a search firm that would help them hire a new superintendent.

The senator said the drive behind the bill is concern over the current education structure “failing our economy and the state’s future,” as businesses like Intel and Honda look to expand operations into the state.

“They need solid, qualified workers in a variety of sectors to succeed, or they will likely bring in out-of-state workers to do the job,” Reineke said.

“This data, coupled with our staggering remediation rate, demonstrates a cycle of disappointment in our education system, and, most importantly, shows we are failing our children,” Reineke said.

Senate Primary and Secondary Education Committee chair state Sen. Andrew Brenner, R-Delaware, said he intends to have “several hearings” on the bill over the next several weeks, with a potential vote later this year, but as part of the current General Assembly.

The committee will not meet next week because of the Thanksgiving holiday.