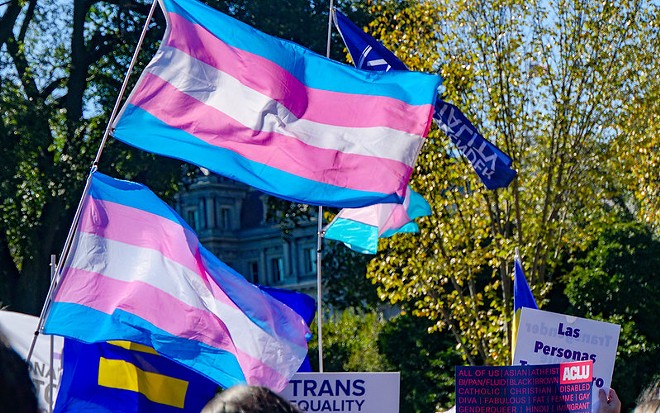 Ten Ohio LGBTQ+ organizations have signed an open letter to Case Western Reserve University, University Hospitals, and the State Medical Board asking that they cut all ties with Dr. Stephen Levine, a psychiatrist that the LGBTQ+ orgs say “has made his life’s work the denial of trans and gender non-conforming people’s healthcare.”

In the letter, the LGBTQ+ orgs say that Levine has “become the go-to medical expert that is called upon to testify in favor of denying gender affirming healthcare to trans and gender non-conforming individuals.”

Levine is a Clinical Professor of Psychiatry at Case Western Reserve University School of Medicine, having started at the University as an Assistant Professor in 1973 and receiving tenure in 1982, according to his resume.

The letter links to a July 2021 article in Wired that describes several instances when Levine supported state legislation that would oppose the rights of the trans community.


“In recent years, Levine also has become an expert in other cases and bills involving gender nonconforming people. In Idaho, he submitted an affidavit in support of bills that would ban trans youth from playing on the sports teams that match their identity; in Washington, he’s serving as an expert witness in support of litigation to overturn the state’s ban on conversion therapy; he testified in a British high-court case to limit trans kids’ access to gender-affirming care.”

The Buckeye Flame reached out to Levine with questions and a response to these demands. This article will be updated with his response if one is received. In the Wired article, Levine denied withholding treatment from trans people.

In response to these requests, Case Western emailed the following response to The Buckeye Flame:

Diversity and inclusion are core values at Case Western Reserve, and we strive to ensure that every member of our community feels welcomed and supported. The university consistently ranks among the nation’s most LGBTQ-friendly campuses and prohibits discrimination of all kinds. We appreciate the perspectives of those who strongly object to Dr. Levine’s scholarship and related statements, particularly given the context of recent governmental actions in Texas involving transgender youth and their families. Nevertheless, academic freedom is also a core university value, one that is essential to its mission of discovering new knowledge and deepening understanding.

In their response, University Hospitals said Dr. Levine was retired and no longer practices at its hospitals: “His opinions are his own and he does not speak for UH,” a spokesperson said in an email.

The hospital system is monitoring the progress of HB 454 and it believes “that decisions about care are best made individually by patients with their physician. UH providers strive to deliver the highest quality care and compassion for the LGBTQ+ community and all of the patients we serve.”

Though not one of the signatories on the letter, Equality Ohio released a statement on Dr. Levine condemning his support for anti-trans positions and encouraging Case Western, University Hospitals, and the State Medical Board of Ohio to distance themselves from association with him.

“Dr. Stephen Levine has built a national name for himself as one of the leading purveyors of a dangerous, fringe ideology as it relates to gender identity. His clinical analyses of the science behind gender identity deviate substantially from the medical best practices according to nonpartisan experts and medical professional associations across the country. Far from groundbreaking scientific breakthroughs, Dr. Levine’s writings rely on outdated social and scientific assumptions that have since been disproven by an array of experts in the medical field.

Unfortunately, it appears to be profitable to be outside of the mainstream. Dr. Levine’s writings have been frequently cited by anti-transgender activists who seek to discredit mainstream medical bodies. His analysis has even been used to push harmful anti-transgender legislation, policy, and lawsuits. In fact, he often helps prison systems justify denying affirming medical care to inmates under their care.

Doctors swear to a hippocratic oath to do no harm. Platforming a doctor who is committed to pushing a fringe ideology that flies in the face of his medical peers has and will continue to cause severe harm to Ohioans and in particular transgender individuals. We hope these institutions will show leadership in protecting already vulnerable community members from doctors putting their personal prejudices above science.”

The Buckeye Flame also reached out to the State Medical Board. This article will be updated with their response if one is received.