71% of Americans oppose efforts to remove books from public libraries 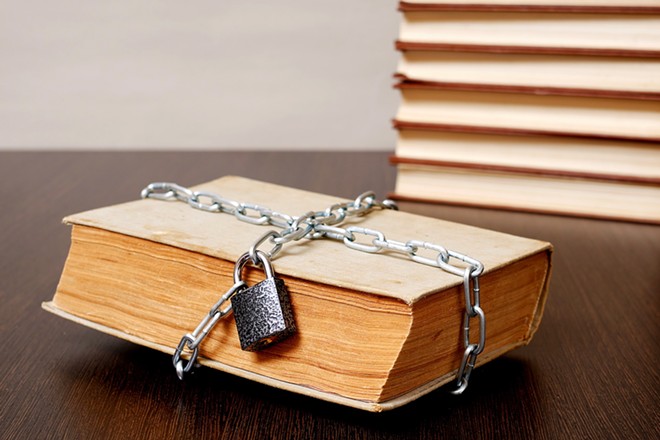 (Adobe Stock)
The total number of books challenged in 2022 is set to exceed the record set last year.

Controversial books are nothing new, but the incidence of book challenges and bans has increased substantially in recent years.

This week marks the American Library Association's annual Banned Books Week and this year's theme is "Books Unite Us. Censorship Divides Us."

The executive director of the Ohio Library Council, Michelle Francis, said that while Ohio has not seen as many book challenges as other states the focus of librarians remains the same.

"We focus on the freedom to read," said Francis. "And in the state of Ohio for all of our public libraries that is something that we cherish and is very close to home when it comes to intellectual freedom. And we know that it is our job to make sure that we have something for everyone in our public libraries."

More information on the ALA's initiative to fight censorship is online at uniteagainstbookbans.org.

Within the ALA is the Office for Intellectual Freedom where they've been tracking book censorship for decades.

Office holders facing book challenges often end up listening to the people speaking out at public meetings, but when opponents of censorship make their voices heard things can go differently.

"When there are others in the room speaking out against censorship, speaking out in favor of having a wide variety of books available for young people to read, for the community to read," said Caldwell-Stone, "then we often see efforts to remove books fail."

Caldwell-Stone said writing an email to the library board or sending a letter with another supporter to be read at a meeting may also give busy people a way to make their voices heard.

Over her career, Caldwell-Stone said she has seen the kinds of books that are challenged expand.

She said books that contain profanity or coming of age stories with accounts of first sexual experiences have often been challenged, but in recent years challenges have taken on additional political dimensions.

"When you look at the books that are challenged," said Caldwell-Stone, "you're seeing books that have no sexual content at all but advance different narratives around our history with racism or the lives and experiences of LGBTQIA persons."

The ALA estimates between 82% and 97% of book challenges go unreported.