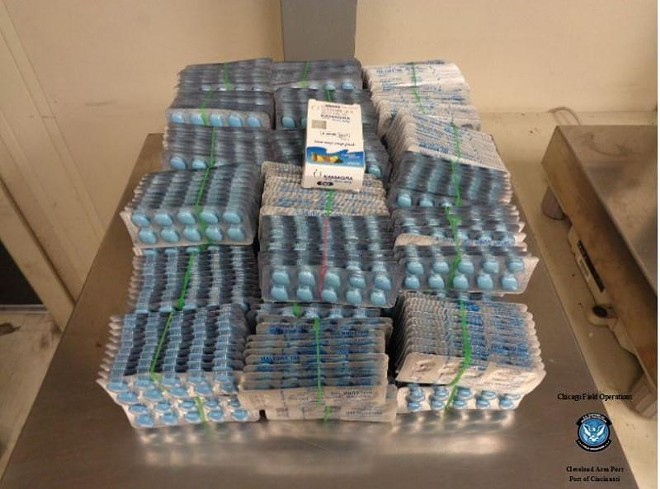 Stiff penalties are in order.

U.S. Customs and Border Protection officers have seized huge loads of illegal Viagra, Cialis and Levitra coming through the Port of Cincinnati contained within shipments of authorized drugs since the beginning of January, the Feds said this week.

Officials said that regular shipments of vitamins, supplements and — for some reason — watches were engorged with the illegally imported medications. Throughout January, the Feds seized more than 32,500 Viagra, Cialis and Levitra pills along with 1,050 packets of jellies containing "miracle honey," which features Viagra's active ingredient of sildenafil.

Officials say the large, illegal packages originated in China, India, Malaysia or Sudan and were passing through Cincinnati on their way to Indiana, Kentucky and seven other states.

If sold, the seized drugs would have been worth about $757,000, officials say.

Medications that originate outside the United States are not necessarily regulated or safe, officials say.

"Consumers are purchasing these prescription medications from other countries thinking they are getting them at a discount, when in fact they are purchasing an inferior product with unregulated ingredients," LaFonda D. Sutton-Burke, director of field operations in Chicago, said in a press release.