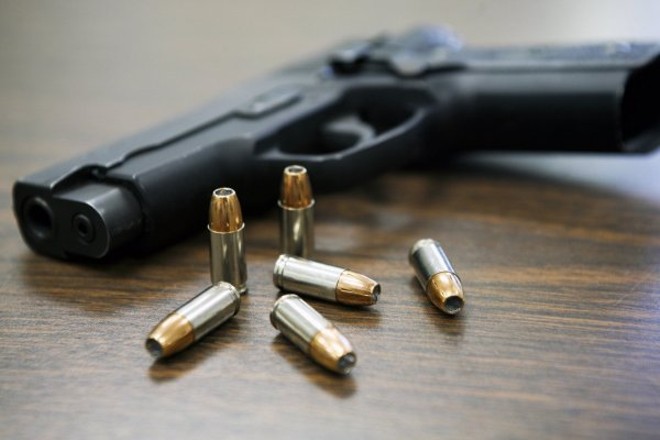 
The Ohio Senate passed legislation Wednesday that will allow any Ohioans 21 and older to carry a concealed weapon, so long as they’re allowed to possess it under state and federal law.

Currently, Ohioans must pass a background check and demonstrate proof of eight hours of training to obtain a concealed carry license. Senate Bill 215 nixes these guardrails, along with a requirement that armed people “promptly” inform police officers that they’re carrying a concealed weapon during a stop.

All Senate Republicans, minus Sen. Jerry Cirino, R-Kirtland, voted for the legislation. Democrats opposed the bill.

Both the House and Senate have now passed separate but similar versions of “constitutional carry” or “permitless carry” legislation, as it’s commonly known. Lawmakers will have to agree on a final version to send to Gov. Mike DeWine.

A DeWine spokesman said Wednesday the governor is reviewing the bill and noted he has “long supported the Second Amendment rights of law-abiding citizens to keep and bear arms.”

The vote comes after a record setting year of deaths from gun violence and related arrests in 2020, according to data from the state health department and FBI respectively. This year’s data will not be final for several months, but early indicators suggest 2021 will set new high watermarks in both fields.

Republicans, backed by the gun lobby and gun rights advocates, argued it’s a constitutional issue: both the state and federal constitutions provide a right for citizens to bear arms. Carrying a concealed weapon, they argued, is a simple extension of that right. Plus, Ohio law allows for residents to openly carry firearms. So why, they asked, would someone need to seek a permit to carry a concealed weapon?

“It makes no sense that you can open carry, but it becomes illegal when you put a jacket on,” said Sen. Theresa Gavarone, R-Bowling Green.

Anti-gun violence advocates and law enforcement officials aligned with Democrats on the issue. They argued the legislation removes reasonable training requirements. Plus, they said putting more guns on the streets will inevitably yield more gun violence.

“This is a bill looking for and creating trouble,” said Sen. Teresa Fedor, D-Toledo.

Bill sponsor Sen. Terry Johnson, R-McDermott, said in a floor speech the legislation only “tweaks” the law. Rising gun violence in Ohio and the U.S., he said, is a result of liberal governors and mayors doing nothing as protesters are “burning down their own cities” or “prosecutors that won’t prosecute smash and grabs” — a reference to social justice demonstrations and riots that ensued after a Minneapolis police officer murdered George Floyd in the summer of 2020.

Sen. Cecil Thomas, a Cincinnati Democrat and former police officer, said the bill solves problems that don’t exist while worsening a gun violence problem that does. He said the bill ties the hands of police officers who want to know whether a person they’re dealing with has a weapon.

While several Republicans noted the bill doesn’t allow anyone to carry a concealed weapon who isn’t allowed to openly carry one today, Thomas said that current law still allows Ohioans to purchase firearms at gun shows or from other private sellers without undergoing a background check.

“In what world does anyone think this is a good idea, no training?” he asked.

A 2018 paper from the National Bureau of Economic Research found concealed carry laws are associated with a 13% to 15% increase in aggregate violent crime rates within 10 years of adopting the policy. Similar 2017 modeling from the American Journal for Public Health found conceal carry permitting laws (current law in Ohio) led to a 10% increase in handgun-specific homicide rates compared to states without the policy.

“Permitless carry is dangerous and unnecessary, and if enacted, will make Ohio’s gun violence crisis worse,” said Kristine Woodwroth, a volunteer with the Ohio chapter of Moms Demand Action, an activist group that formed amid the steady stream of school shootings over the last 10 years.

“Throughout the legislative process, law enforcement officers, students, and public safety advocates came together to ask our lawmakers not to pass this dangerous bill — but they did it anyway.”

Police associations like the Fraternal Order of Police and the Hamilton County Sheriff testified against the bill. Cirino, the only Republican to vote against the bill, said it was opposition from county sheriffs and police chiefs that soured him on the bill, more than any gun violence link.

“I just felt the input I received was so vocal and so passionate that it was the right thing to do,” he said. “It’s not a Second Amendment issue. It’s a safety issue.”

In an interview after the vote, Senate President Matt Huffman, R-Lima, denied any link between rising gun violence and loosened gun laws. He said the “vast majority of people who were participating in gun violence” are doing so with criminal content — a permitting system won’t help.

He emphasized language in the state constitution that grants Ohioans the “right to bear arms for their defense and security.”

“It doesn’t say anything about permits, or training. It doesn’t say anything,” he said. “I have the right to bear arms. And so does anybody else. So if we’re going to say, well, the constitution doesn’t matter, because there’s tragedy, well, we all know what happens when people start wiping out rights in the name of tragedy.”

The U.S. Supreme Court, in a landmark 2008 opinion from Justice Antonin Scalia expanding the personal right to bear arms, noted the Second Amendment is “not unlimited” and doesn’t grant the right to “keep and carry any weapon whatsoever in any manner whatsoever and for any purpose.”

Last year, Ohio passed a “stand your ground” law, removing a requirement that people retreat before responding to a perceived threat with deadly force. Republican Sens. Matt Dolan and Stephanie Kunze both voted against the idea at the time and in favor of Wednesday’s legislation. Dolan said Wednesday he supported the concealed carry bill after a late-stage amendment removed language in the bill creating an advantageous pre-trial hearing for people accused of shooting in criminal or civil lawsuits and claim self-defense. The amendment also reinstated a criminal penalty for failing to notify an officer about a weapon in the vehicle, which would have been abolished in the draft version of the legislation.

Kunze did not respond to an email sent to her office.