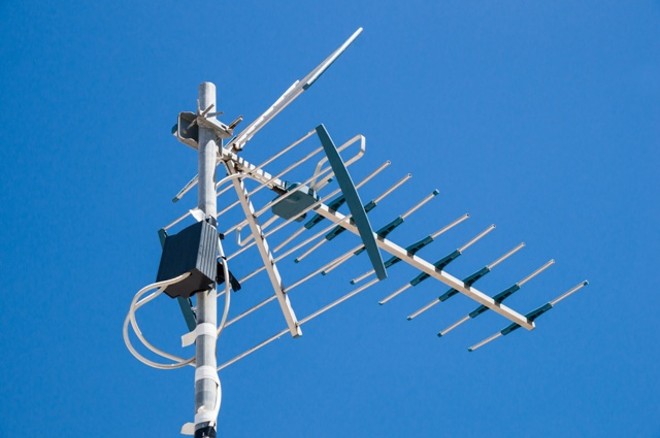 Photo by pabkov/AdobeStock
COLUMBUS, Ohio - About a dozen Ohio television stations are changing their tunes today, so to speak.

The Federal Communications Commission is halfway through a national consolidation of TV frequencies in a move to gain more broadcast airwave space for new, high-speed wireless service. During the switch, Ohioans who watch TV with an antenna will need to re-scan their TVs to ensure the new frequency is recognized.

Jean Kiddoo - the chair of the Incentive Auction Task Force at the Federal Communications Commission - explains the number of people using antennas is actually growing as viewers cut the cord from cable and satellite services, in favor of internet streaming services.

"They still want and need local news and weather alerts, and other emergency alerts that their broadcast stations provide," says Kiddoo. "And so, they are turning to antennas for that. About 15% to probably 25%, depending on the market, are actually using antennas for either some or all of their TV."

According to the Nielsen ratings service, 16.4 million U.S. households had an over-the-air digital antenna in 2018, compared to 12 million in 2014.

The Ohio stations switching frequencies today are primarily in Cincinnati and Dayton. About 20 other Ohio stations made the switch earlier this year, and several others are scheduled for Spring of 2020.

Kiddoo says viewers need to be on the lookout for notices from their local stations about when they need to rescan.

"A good rule of thumb is, if they notice during this period that channels that they're used to seeing have gone missing, they should re-scan," says Kiddoo. "And hopefully, that is what the problem is, and that'll get them right back."

To re-scan, viewers will need to find "auto tune," "program" or "re-scan" in the "setup" menu of their TV or converter-box remote control. Kiddoo notes some people may need to re-scan their sets more than once, depending on when stations change their frequencies.