The move is meant to defer to the ongoing criminal cases 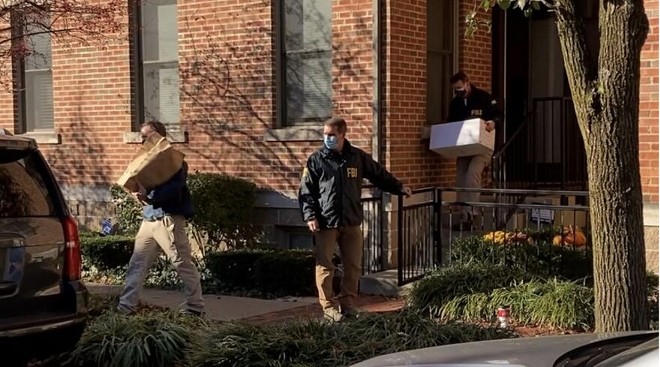 Ohio’s utility regulators froze investigations Wednesday into a massive bribery campaign from FirstEnergy Corp. that implicated their former chairman, stating they did so to defer to a parallel criminal investigation.

By unanimous vote, the Public Utilities Commission of Ohio paused its four investigations into FirstEnergy’s conduct. The move came at the request of Kenneth Parker, the U.S. Attorney for the Southern District of Ohio. The freeze lasts at least six months and is subject to renewal.

In the agreement, the company stated it paid $60 million into an account controlled by then-House Speaker Larry Householder, R-Glenford, and $4.3 million to a business operated by then-PUCO chairman Sam Randazzo, in exchange for “official action” in the form of legislation and regulatory decisions.

Householder awaits trial in January 2023. Randazzo has not been charged with a crime. He resigned in November 2020 after FBI agents were seen removing boxes of material from his home.

PUCO Chairwoman Jenifer French, who took over the seat left by Randazzo, declined to answer questions after the hearing.

After Householder and four conspirators were arrested in July 2020 (two have since pleaded guilty), the PUCO launched four separate investigations into FirstEnergy. Those investigations have been “painfully drawn out” according to the PUCO but proceeded without intervention from the U.S. Department of Justice until this summer.

During a deposition of Ebony Yeboah-Amankwah, FirstEnergy’s former general counsel and ethics officer, attorneys for FirstEnergy called the DOJ in a bid to halt the interview after Yeboah-Amankwah was asked several questions about Randazzo and his business. FirstEnergy attorney Adam Hollingsworth took the unusual step of notifying the PUCO, purportedly on behalf of a prosecutor he spoke to on the phone, of the DOJ’s objections to the line of questioning. The PUCO obliged.

Documents obtained by the Ohio Consumers’ Counsel and attached to regulatory filings show an invoice and related correspondence in 2015 between Yeboah-Amankwah and Randazzo’s business.

The DOJ has made no similar requests in the multiple civil lawsuits ongoing against FirstEnergy or a probe from federal regulators. A DOJ spokeswoman did not respond to inquiries.

Commissioner Daniel Conway said in prepared remarks at the hearing that it’s important that the PUCO not create “material risks” to the criminal investigation.

“My preference in a vacuum would be to continue to move forward to conclusions in our investigations, but we aren’t operating in a vacuum,” he said. “We have the DOJ’s parallel and overlapping criminal investigation and proceeding.”

According to FirstEnergy’s deferred prosecution agreement, the company paid $60 million to a nonprofit controlled by Householder to ensure the 2019 passage and enactment of House Bill 6, worth an estimated $1.3 billion to the company. It also paid $4.3 million to Randazzo’s business shortly before he was appointed to the PUCO in 2019 in exchange for favorable regulatory decisions.

Some of the most favorable aspects of the bill to FirstEnergy, including a bailout of two nuclear plants it owned at the time and a revenue guarantee for some of its power sales, have been repealed. However, its decimation of Ohio’s energy efficiency and renewable energy programs remain on the books, as do subsidies for coal plants owned by other utilities.

Neither the DOJ nor French, the PUCO chairwoman, would answer questions about the stay’s implications for ratepayers. Ohioans have paid nearly $200 million to subsidize the two coal plants since HB 6 passed.

In its written order, the PUCO said it has become “abundantly clear” that the target of intervening parties in the FirstEnergy investigations have been the underlying events and evidence at issue in the DOJ investigation.” The statement is likely a dig at the Ohio Consumers’ Counsel, which has been arguably been the most aggressive party pursuing and publicizing the underlying facts in case.

While the public has an interest in knowing the truth, the PUCO’s order states it also has “an interest in the efficient use of Commission resources and the expeditious disposition” of cases, which is difficult given the conflicting criminal case.

“We respect the investigation of the U.S. Department of Justice into the FirstEnergy scandals involving House Bill 6 and the PUCO’s former Chairman,” said agency spokesman J.P. Blackwood.

“Of course, the PUCO also has a responsibility to protect the two million utility consumers of FirstEnergy from any harm resulting from the scandals.  Accordingly, in the balance of public interests, any interruption of the investigations that we sought and have actively pursued for consumers for two years at the PUCO should be minimized.”