Ohio Will See an Increased Tick Population This Year 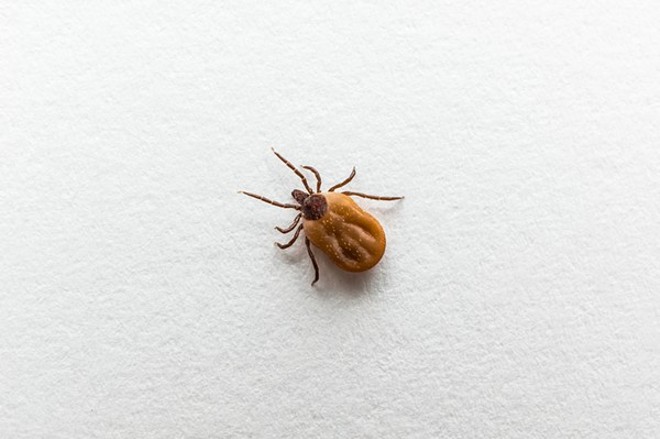 Shutterstock
The Midwest, Great Lakes, and Ohio Valley regions will likely experience an increased tick population this spring and summer, due to the effects of La Niña.

Data compiled by the National Pest Management Association, a nonprofit that releases a bi-annual bug barometer, reveals we can expect lots of the pesky insects, and we'll also probably see more ants indoors this year too.

According to NPMA, much of the region experienced colder, drier conditions this winter, which will likely drive ants indoors as they look for warmth and moisture. When the weather does take a turn toward warmer and more moist conditions, the tick population will likely soar.

Ticks can transmit Lyme disease, Rocky Mountain spotted fever, Tularemia, Ehrlichiosis, Relapsing fever, Colorado tick fever, and Babesiosis. Should you be bitten by a tick, it is important to remove the head and body right away to avoid contracting a disease or infection.

It's been almost three decades since Lyme was first pegged as a big issue, and the numbers have only grown. About 30,000 cases are diagnosed each year and it's a helluva disease to deal with and to treat.