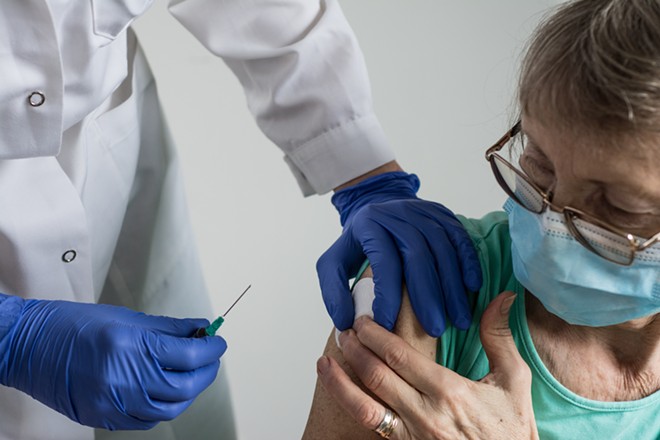 (AdobeStock)
Ohio has seen a 29% increase in Covid hospitalizations

Ohio is one of six states driving a nationwide surge in Covid-19 cases and hospitalizations, Ohio's top doctor, Bruce Vanderhoff, announced at a grim press conference Thursday. The densest concentration of new hospitalizations are occurring in Northeast Ohio and are putting a "dangerous strain" on local hospital systems, forcing them to postpone other procedures.

"Hospitals are being severely strained," Vanderhoff said. "Not only because of the high numbers of COVID-19 hospitalizations, but also as a result of staffing challenges, particularly among the dedicated health care workers who have been fighting this virus on the front lines for months and months on end. When our hospitals are stressed to this degree, it strains their resources to care for other patients needing regular or emergency care."

At the press conference, the state reported a startling 8,500 new confirmed cases. That's more than 2,000 higher than the rolling 21-day average of 6,379. (Last year, cases skyrocketed in December and January, too. Vanderhoff characterized the current explosion as "every bit as serious.")

Over the past two weeks, according to data analyzed by the New York Times, the United States has seen a 19% increase in Covid hospitalization. In Ohio, the increase has been 29%. Michigan, Illinois, Indiana, Pennsylvania and New York have also seen large increases.

Vanderhoff continued to plug vaccination as the number one defense against severe illness and death. He said yesterday that roughly 59 percent of the state's population had now received at least the first dose of the vaccine. The recent surge in hospitalizations, he said, has been driven by those who have not been vaccinated.