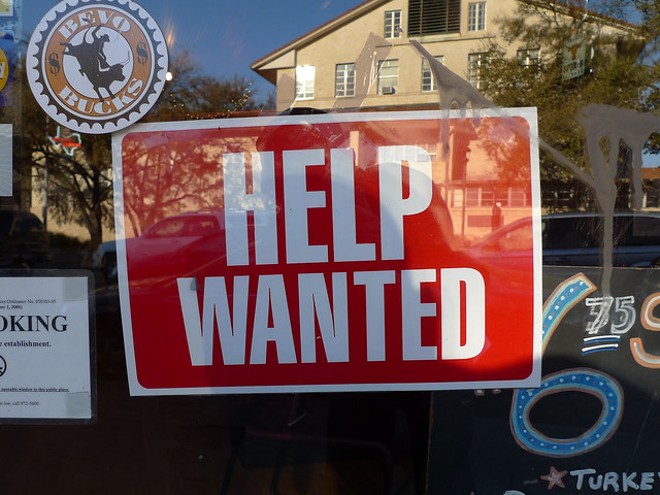 AndreasKlinkeJohannsen/FlickrCreativeCommons
For the first time in almost two decades, Ohio's unemployment rate has stayed
at four percent or below for more than one month, the Ohio Department of Job and Family Services (ODJS) reported last Friday.

Over the past year, the number of Ohioans facing unemployment — as defined by people who have no job but have been actively searching for work for at least four weeks — has decreased by 28,000, from 4.6 percent in July 2018. Moreover, ODJS reports that Ohio added 4,500 in July, compared to 1,500 in June; over the last year, the stated has also gained over 25,000 jobs.

While this all might seem like good news on its face — and make no mistake, some of it is — Hannah Halbert, project director with Policy Matters Ohio, reported that it's important to look at the long-term trends when it comes to employment data, as monthly figures can be misleading.

“Monthly job data are always reported as preliminary and subject to revision. Longer-term trends are better indicators of Ohio’s economic health," Halbert said in a press release. “Ohio had fewer jobs in July than it did in January. The unemployment rate data remains positive but the summer slump in job growth shouldn’t be dismissed.”

For instance, Ohio's job growth rate, just 0.5 percent, pales in comparison to the national average of 1.5 percent. The same goes for Ohio's unemployment rate, still 0.3 percent higher than the national average of 3.7 percent — not to mention Cuyahoga County's unemployment rate of 4.9 percent. Halbert warned that if things in Ohio continue this way, 2019 is on track to be "the worst year for job growth, excepting recession-years, since 2005."

This data comes in the wake of concerns about another recession following President Trump's trade war with China and unsettling stock market trends. (The U.S. stock market experienced its worst day yet this year last Wednesday.)

"Job growth in Ohio is sluggish," Halbert said. "This week the bond market fueled speculation over an impending recession. Policymakers in Ohio missed an opportunity to strengthen our state against the inevitable by failing to eliminate major tax loopholes in the state budget."