Op-Ed: America's Trans Military Ban Has Been Repealed, But What About Its Damage? 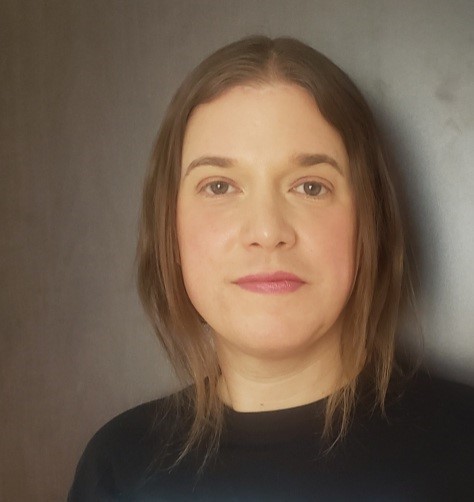 
On Monday, January 25, 2021, the Biden Administration repealed the now-infamous trans military ban, which the previous administration needlessly and harmfully extended (via tweet) after our trans troops had previously been told they could serve openly.

Most of the reporting on the trans ban repeal was supportive, if not also ephemeral and superficial – a blip in the national news cycle nestled somewhere between insurrection and impeachment, coronavirus and economic strife. If you skipped your morning read, you may have missed it. Still, news of the repeal instigated a storm of emotions within my spirit, perhaps because the trajectory of my own life (along with those of many others) was fundamentally altered by the ban, even in ways that I will never fully understand.

I enlisted into the U.S. Armed Forces almost 21 years ago. As a troubled youth, I had previously been in and out of jails all over Northeast Ohio. Most people were shocked when (somehow) I graduated high school and signed up, but I knew that I had to make a big change in my life. Without a major course correction, I was destined for long-term incarceration so – when I saw the U.S. Army recruitment table in my school cafeteria – I told them I wanted to join. Given my background, I wasn’t their ideal candidate, but I was healthy and scored high on the aptitude test, so they made a way in for me.

What I didn’t tell them (or anyone) was that I am a pansexual transwoman. Closeted and in self-denial, I entered an institution rife with bigotry. Decades of institutional discrimination had created a culture of intolerance, thus advancing those who openly espoused hatred and suppressing those who believed in acceptance. After completing basic training, I arrived at the storied 101st Airborne Division, which had previously been rocked by the hate-fueled murder of Barry Winchell who had been outed after falling in love with trans woman Calpernia Addams. Such violence was not uncommon, nor were the daily harassments, humiliations, and debasements.

After the September 11, 2001 Attacks, multitudes of heterosexual, cis-gender troops – fearing a deadly war – willingly exited military service by erroneously claiming to be “gay.” Still, other multitudes of closeted LGBTQ+ troops continued to serve in secret, just as they had for decades. Moved around the globe like pawns by an angry American public and an opportunistic political leadership, they served through endless, exhausting deployments: Afghanistan, Iraq, the Balkans, Korea, climate crises, civil unrest, and the innumerable “shadow conflicts” all over the world.

They served through PTSD, traumatic brain injuries, amputated limbs, injuries, chemical exposures, broken families, bankruptcies, divorces, and lost loved ones. They missed weddings, funerals, and births. They struggled to go forward when the missions no longer made sense, when weapons of mass destruction were not found, when democracy was neither extended nor protected. They did so for their units, comprised mostly of other marginalized Americans – Black, Brown, and Indigenous people, immigrants, impoverished white people, and the neuro-diverse – who collectively yearned to live, to return home.

They served when “Don’t Ask, Don’t Tell” (which barred LGB people from serving) ended a decade ago, but the separate trans ban continued thereafter. They served after America’s Electoral College elevated a bigoted con-man as Commander-in-Chief, a man who betrayed our trans troops with a tweet, and who described those who died fighting fascism as “suckers and losers.” And they serve today, in our Capitol – protecting what’s left of American democracy.

They did all these things, all while serving in secret, all while suffering the deep-rooted invalidation of human denial.

Repealing the trans ban was the right thing to do. I applaud the Biden Administration for moving swiftly amid the myriad other crises our nation now faces. Above all, I am relieved that America’s trans service members may now serve openly, at least in law. However, I also fear that America will move on too quickly, will assume this repeal sufficient to expunge our country’s moral failings. Even as I rejoice at this triumph over injustice, I also worry that our trans troops may never feel fully safe serving openly again, having been betrayed once already.

Thus, I am filled with a host of questions: how will the U.S. military ensure that de jure equality does not simply conceal de facto discrimination, as so often persists in civilian life? How can we fix a military culture corroded by decades of intolerance? And how can we ever provide true justice for our LGBTQ+ service members and veterans?

America must make a concerted effort to right such wrongs; however, tragically yet realistically, the crimes of DADT and the infamous trans ban can never be fully effaced. We can’t fix the careers they destroyed. We can’t save the troops who died by suicide. We can’t simply move on as if it never happened.

Ultimately, perhaps the most important thing America can do is to never forget, to never allow such infamy to prevail again. We must both acknowledge the sacrifice of our LGBTQ+ veterans and troops while ensuring that the next generation of service members will never again suffer the soul-crushing pain of erasure.

I am not, in general, a supporter of war monuments. It is my belief that monuments are best suited to celebrate, and war – itself a crime against humanity, sometimes necessary but mostly not – should never be celebrated. That said, I do believe there are times when memorials should be built, especially to serve as a tangible and undeniable reminder of collective trauma. This was the artistic intent that Maya Lin envisioned when she designed the Vietnam Veterans Memorial in Washington, D.C. – its black granite façade, inscribed with the names of those whom we lost, running like a scar across our national spirit.

Repeal of the trans military ban ends not simply a shameful epoch of the previous administration but, rather, an era of injustice pre-dating even the Lavender Scare of the Cold War. Endless people were harmed, endless lives were destroyed. Worse yet, the innate secrecy surrounding such oppression has rendered it invisible – and forgettable – for the majority of Americans.

While there are memorials commemorating the service and sacrifice of America’s LGBTQ+ military community, even including a state memorial in California, I believe it time for the people of the United States to renew efforts toward the completion of an official recognition in Washington, D.C. Let all who travel to the seat of our Republic bear witness to our collective moral failing, to the immense human propensity to sacrifice despite injustice, and our perpetual opportunity to rise together toward a better world.

Eliana Turan is Director of Development at The LGBT Community Center of Greater Cleveland and is a Ph.D. student at Walden University. She served in the U.S. Army from 2000 to 2006 and survived three deployments.