A surgeon blew the whistle on UH. Both are paying the price. 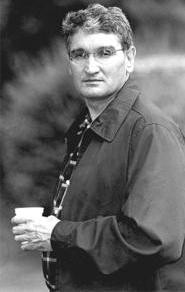 Walter Novak
The doctors got rich. The hospital got patients. Dr. Kirby got blackballed.
For Dr. Thomas Kirby, justice has finally arrived, in the form of a $14 million payout, though he won't see a penny. It's just a sliver of justice -- nothing that will help him repair his life, which was long ago hacked by the scalpel of hospital politics. But he'll take it.

"It's a vindication," says his lawyer, Robert Rotatori.

Eight years ago, Kirby made his gallant arrival in Cleveland among the doctors who were supposed to help University Hospitals compete for patients -- and dollars -- with its well-to-do neighbor, the Cleveland Clinic. UH's strategy was bold but foolish: beating the Clinic at its own game -- heart and lung surgery. But the hospital had a big-dreaming CEO named Farah Walters and plenty of cash -- exactly what it takes to attract successful doctors like Kirby, who was among the country's most respected lung surgeons.

But not long after he arrived, Kirby noticed a disturbing trend in the upstart heart unit: Patients were dying. Doctors were trying to replace major valves on patients who were too old, or they were waiting too long to perform surgery on dying patients. The stats confirmed it: UH's open-heart mortality rate was four times the Clinic's ["Silencing Dr. Kirby," July 2, 2003].

Other doctors acknowledged the department's failings, but Kirby, unskilled in delicate hospital politics, relentlessly pushed. He told UH officials that the heart unit was killing people. When nothing happened, he turned to the hospital's board of trustees, telling member Dick Pogue, a former partner at the Jones Day law firm, and chairman Henry Meyers, the CEO of KeyBank, of his fears.

They seemed to respond, shutting down the heart-transplant program in February 2002, citing "unexpected poor outcomes."

As Kirby searched for a new job, the hospital chased away prospective employers by painting the surgeon as an unpredictable personality, someone other doctors had trouble getting along with.

Unemployed and entrenched in a costly legal battle with UH, Kirby lost his Cleveland Heights mansion and was forced into bankruptcy. He quietly disappeared, and so did his story, leaving UH to rebuild its heart program without the meddling surgeon peeking over its shoulder.

That's when it was revealed that Kirby had been squawking about more than dying patients. Though these complaints don't include the same human toll, they reveal the mechanics of a brazen money-making scheme that Kirby says was lining the pockets of UH and its physicians -- including himself.

In a federal lawsuit that's been sealed since 2003, Kirby claimed that University Hospitals was providing hefty kickbacks to physicians. In exchange, doctors agreed to refer patients only to UH facilities and providers. The doctors got rich. The hospital got patients.

Yet patients were stuck, getting medical advice based not on their needs, but on raising more money for the hospital and its doctors. Unwitting insurance companies picked up the tab.

The scam, Kirby claimed, dated back to at least 1989 and funneled money to doctors in a host of ways. It started with recruiting: To attract top physicians, the hospital paid advances of up to $250,000 to induce doctors to join local practices. UH also paid for the doctors' employees and guaranteed physicians' salaries if their practices fell short. Finally, according to Kirby, the hospital created phony directorships, paying doctors as much as $150,000 a year to do almost nothing.

If the hospital advanced too much money, the doctors were supposed to pay UH back. They rarely did. "Nobody ever paid anything back," Rotatori says. "They were gratuities to leave where they were and come and bring their patients to UH."

In exchange, the doctors -- who operate private practices and aren't actually employed by the hospital -- agreed to send their patients only to UH's treatment and therapy centers, pharmacies, and laboratories.

Kirby benefited too. He received a hefty recruitment package of his own in 1998, was granted a phony directorship, and was fed kickbacks from the hospital, Rotatori says. So while he wanted to blow the whistle on his employer, he couldn't exactly sue UH himself, since he was part of the racket.

So his lawyers got creative. Since UH and its subsidiaries -- St. Vincent's and the Sisters of Charity of St. Augustine -- serve thousands of Medicare and Medicaid patients each year, the hospitals' profit margins rely heavily on reimbursements from the federal government. But the feds long ago prohibited hospitals' kicking money to doctors in exchange for referrals.

So Kirby, using federal whistle-blower laws, sued the hospitals on behalf of the government, claiming that UH had defrauded Uncle Sam by knowingly filing false Medicare and Medicaid claims.

The lawsuit was filed in 2003, but was veiled from public view while the Justice Department investigated Kirby's claims. When the feds determined last year that his claims had merit, they contacted UH officials to inform them of the suit. The health system negotiated with the feds for months, inking a settlement on August 18, Assistant U.S. Attorney Alex Rokakis says.

Though the settlement is sealed, Rotatori says that UH agreed to pay $14 million. Most of that will go to the feds. About $1.5 million will go to Kirby. He'll use it to pay back banks and lawyers.

Meanwhile, Kirby has finally found a hospital that will take him -- in his native Canada. The folks at the McMaster University med school and teaching hospital in Ontario don't seem to mind that their professor once raised hell about dying patients and Medicare fraud.

As Rotatori puts it: "The Canadians recognized his skills and didn't give a damn what UH said about him."